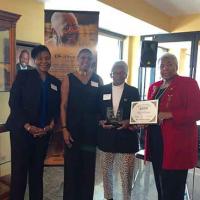 The Denver Public Library on Feb. 2 honored African-American community leaders at the Juanita Gray Community Service Awards and the Blacks in Colorado Hall of Fame induction ceremony. The event was held at the Blair-Caldwell African American Research Library in Five Points and kicks off the library’s celebration of Black History Month.

“We are honored to celebrate the accomplishments of these outstanding community members,” said DPL Chief of Staff Denise Boothby. “All of the nominees exhibit the traits that make Denver special. They are engaged, community-driven, people-focused and make a difference in Denver’s African-American community and beyond.”

Edna Williams, known at the Ford-Warren Branch Library simply as “Miss Edna,” has volunteered at the library for more than 20 years. She is best known for reading to children during Storytime and is considered an extraordinary storyteller and reader. In addition to helping instill a love of reading and learning in children, the 87-year-old also helps shelve books and materials and also takes time to greet and listen to customers and community members alike.

donnie l. betts (preferred capitalization) is a founding member of two theatre companies in Denver: City Stage Ensemble and Denver Black Arts Company. He attended Yale School of Drama and has appeared in countless performances as well as directing and producing. His first film, “Dearfield: The Road Less Traveled” a docudrama about the all-black town in Northern Colorado, was nominated for an Emmy and screened on PBS. He won an Emmy for his film “My Voice,” a film on spoken word artist/actor Jeff Campbell. Mr. betts is also a skilled facilitator of conversations regarding race and inclusion in America.

Sydney Cross-Watts (youth winner) is a vibrant, talented teen who has inherited a true passion for community service and volunteerism. Currently a junior at Regis Jesuit High School, she devotes her time to both studies and volunteering with community groups including the National Council of Negro Women-Denver Section, Denver Public Library and Higher Ground Church of Christ.

Jennie Mae Rucker, PhD, was a life-changer who thrived on encouraging higher education and community service. Rucker attained several advanced degrees, including her Doctorate of Library Science from the University of Denver. She served as a Denver Public Schools secretary, substitute teacher and was a founding faculty member of the Community College of Denver. She worked at the Denver Public Library as an outreach librarian until her retirement in 1997.

In 1973, Denver Public Library staff member Juanita Gray was instrumental in creating the Blacks in Colorado Hall of Fame which honors Colorado residents who have made an impact on the African American community and have excelled in their field, being the first African- American of such accomplishment. Members are inducted every other year.

The Juanita Gray Community Service Awards were established in 1988 to honor Gray’s legacy, dedication and advocacy of the African-American community. The awards honor African- American men, women and youth who make outstanding contributions to the Denver Metro area and who exemplify the ideals and spirit represented by Gray’s commitment to the community.

A committee of community members works with the Denver Public Library each year to nominate and select the recipients of the awards. 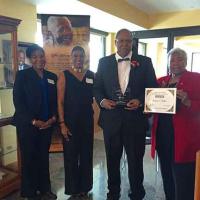 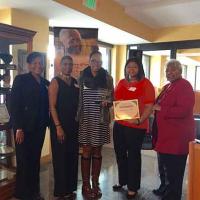