The last in our series of cooking demos entitled, Food on Film, focuses on a sweet finish: truffles.

The origin of chocolate truffles dates back to early 1920s France, when, as legend has it, the great Chef Auguste Escoffier asked his assistant to add hot cream to a bowl of ingredients and the assistant inadvertently poured it over a bowl of broken chocolate pieces. Escoffier was so angered by the assistant's mistake that he yelled at him -- calling him a 'ganache,' -- French for fool or person of low intelligence.

When the chef calmed down, the chocolate and cream mixture had become cool and Escoffier realized that he could roll the chocolate-cream mixture into rough balls that resembled the dark truffles (the prized underground fungus that resembles small, dark potatoes). From this discovery by Escoffier came the new definitions for existing words: ganache was now used as a word meaning a rich, smooth combination of chocolate and cream; and truffles came to be known as a sweet treat made from ganache.

This story really may be apocryphal, but it is an enticing origin story for a confection that is loved around the world. This Sunday, March 31, our favorite kitchen genius, Chef Shellie Kark, dives into a bowlful of chocolate to show us how easy and fun it is to make truffles. Inspired by the film, Chocolat, Chef Kark has created recipes with surprising ingredients that still adhere to Escoffier's original sweets.

Our RiNo Art District cooking demos are always hosted at Cultivated Synergy. And this generous space also allows us the chance to combine food and film by showing clips from the highlighted movies. Chocolat boasts an international cast including Juliette Binoche, Johnny Depp, Judi Dench, Alfred Molina, Lena Olin and Leslie Caron. There is no denying, though, that one of the movie's central characters is chocolate.

Don't be a 'ganache,' come for the film clips and community -- but stay for the chocolate. Register here. 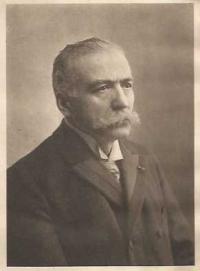 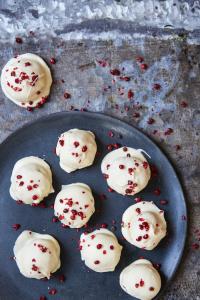 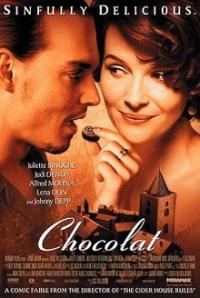