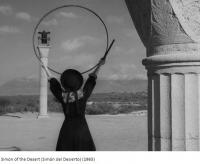 National Hispanic Heritage Month is observed September 15 through October 15. It’s a time to honor and acknowledge the accomplishments, history, and cultures of Hispanic and Latino Americans. (For this post in Spanish, click here)

This month I am showcasing some notable films made by Hispanic and Latino artists. Check out these and other great films from your library. Don't have a library card? No problem - just visit Get-a-Card!

In this bizarre, experimental, and highly symbolic film, an alchemist (played by writer and director, Alejandro Jodorowsky) leads a Christ-like thief and seven other disciples on a quest to the Holy Mountain, where they seek to confront the gods and transcend reality. This film’s grotesque psychedelic imagery will stay with you long after viewing and is an experience unto itself.

Set in a Mexican border town during the early 1900s, youngest daughter Tita is forbidden by family tradition to marry. Unable to be with the man she loves, her intense emotions begin to permeate her cooking, causing those who eat her food to feel what she feels. This magical, romantic drama is based on the novel/cookbook by Laura Esquivel.

In the feature-length film debut of director Robert Rodriguez, a traveling mariachi musician is mistaken for an escaped criminal and is forced to defend himself from murderous gang members. This action-packed independent film—made for approximately $7,000—was chosen as “culturally, historically, or aesthetically significant” by the Library of Congress and is preserved in the National Film Registry.

Based on a true story, Jaime Escalante (deftly played by Edward James Olmos) is an East L.A. high school teacher who, against all odds, teaches his underachieving, dropout-prone students to learn advanced calculus. Directed by Ramón Menéndez, this film was also selected for the Library of Congress’s National Film Registry.

Set in the aftermath of the Spanish Civil War, a ten-year-old girl travels with her pregnant mother to live with her new stepfather, a brutal army officer. Faced with a threatening and terrifying reality, she escapes into a world of fantasy, where a mysterious faun gives her three tasks to complete to regain her kingdom. Written and directed by Guillermo del Toro, this violent dreamscape parallels the history of Spain.

To atone for his sins and be closer to God, Simon, an ascetic, chooses to live atop a pillar in the desert. His attempts to avoid worldly things bring him to the attention of many, including the Devil herself. Also directed by Luis Buñuel, this unusual comic-drama explores the human side of religion and belief.

Other recommended Hispanic and Latino films…

And many, many more!

What are some of your favorites? 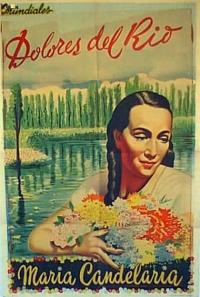 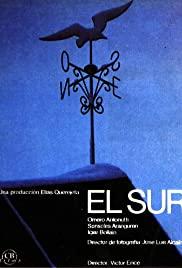 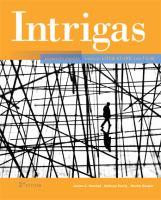 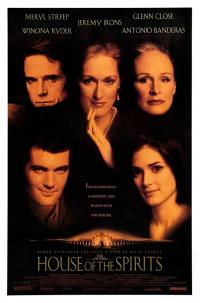