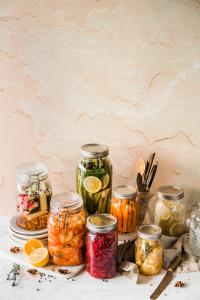 Last month I blogged about fermentation basics and a conversation I had with Virgil Dickerson about his kimchi business. This week, we’ll hear from another local fermentation expert, Asia Dorsey.

Asia is the owner of Bones Bugs and Botany and an incredible fermentation guru. She got her start with fermenting while in college. She developed severe depression that was not resolved by mental health advocates, and so she took matters into her own hands. Her path to mental health led her to and was led by “bones, bugs and botany” and she ended up studying the link between mental health and the microbiome. After meeting a “permaculturist wise woman" named Kay Baxter, she made her first ferment: overnight oats (you heard that right! More on the subject later.) She then moved to Colorado, where she revamped the Five Points Fermentation Company. “Through that company,” she told me, “I was able to really explore the depth of fermentation and all of the ways. So not only did I know how to heal bodies with microbes, I knew how to make literally the most delicious food in the front range...we only used organic spices and locally procured vegetables.”

This experience helped her create the term “bioregional herbalism” which is basically the idea that local herbs and foods are best suited to the people who live near them. She explained, “I thought it was very important that the microbes that we cultivated came from vegetables that were growing in the Colorado eco region. And what that means is that those specific vegetables and those specific microbes have the adaptations that we need in order to withstand the particular stressors of our bioregion.” She then began educating people about fermentation and “writing about the gut and botany and all kinds of beautiful things and teaching people how to heal their mental health by changing what they eat.” She feels like “science is just catching up to me” but notes that the lag of western researchers allows for “this beautiful space for people in the folk herbal tradition to really lead the way.”

I wanted to hear more about the spectrum of what’s considered to be fermented foods but in order to get into that, Asia first laid the groundwork for me about the history and vast cultural relevance of them. Asia told me, “Our ancestors were fairly sophisticated and understood how to get the most nutrition out of their food. But here fermented dairy is the fave of all the descendants of Europe, all the cow peoples all over the world. Cow people, they make yogurt, they make cheese, they make buttermilk, right.” She went on to talk about grains saying “ ...people do not understand how to use or consume grains. Traditionally, you would have never had a loaf of wheat that was not fermented with bacteria and/or yeast first. Indeed all grains are poisonous. All of them have what's called anti-nutrients, like phytic acid lectins and other things that harm our digestive system. But then again, our ancestors were geniuses, right? So by fermenting the grain they were able to deactivate the anti nutritional compounds and increase the bioavailability of the minerals in the food.”

So those overnight oats she mentioned as her first ferment? Well...“So with overnight oats what we're doing, it's a similar process. So you are deactivating some of the anti nutritional compounds. Traditionally overnight oats would have something like buttermilk in them, which worked as a starter culture. So you are improving the quality of the oats by soaking them overnight. But truly to get sort of all of the nutrition, you want to add like a culture to it and they get soured. So traditionally in America, we didn't eat regular oatmeal. All of the oats were soured oats. And so we see in France, for example, the proliferation of sourdough bread, we also see in Ethiopia, the proliferation of injera...in Ghana the fermented corn called kenkey...So pretty much every culture, they find ways to take the poison away from the grains...It's only Americans with our unfortunate consumer culture instead of traditional culture where we're eating grains that haven't been processed.” In case my mind wasn’t totally blown already, Asia told me that white rice is actually less toxic than brown rice. Just cooking it in water doesn’t mean it’s been fermented, but the higher the pressure you cook it at, the fewer toxins it carries.

Asia also told me about an element of food I’d never really considered; its ties to spirituality. “Wheat is goddess Demeter, and by not acknowledging the sacred, we also don't get the wisdom and we hurt ourselves. If we recognize that wheat was Demeter, we wouldn't put poisons all over it before we harvested it. Right. We wouldn't, you know, denature it completely, it would, it would be a different relationship.”  Relationships go even deeper for Asia once we start fermenting our foods; “Every time we do fermentation, it's never what it was before, because the microorganisms are adapting to the climate that we live in now, but they're also adapting to us. So my sauerkraut, my Jun, my kefir, it tastes like what I need. One of my favorite examples of this is that I had a beautiful workshop [where] I passed out the same grains to all my friends, but because they're my friends, I got to go over to their house and taste their brew. And every single one of them tasted different, indeed. My friend Sheree, her brew was so sour that it formed a SCOBY like kombucha. She went to the doctor and discovered that she had low stomach acidity. And so her microorganisms knew that and were compensating for it in order to help her produce the best health.”

There is actually scientific backing to this, Asia explained to me. It’s part of what’s called the micro virome, which is “tiny bits of information” that have become included in our DNA to make us who we are and act as our “communication system.” So why did Sheree’s  brew taste different? “The reason why our microbes will brew the foods that we want, or the foods that are good for us is because each microorganism is sending out these things called exosomes, which are signals like stress signals, like, oh, it's really wet here...So then there's all these viruses that are wet, adapting. Right? So then the other microbes...they get the virus. And then the virus is like, now you're wet adapted. And then we're mixing it in with our kraut. And now our kraut is like, we're going to help you adapt to this wetness...When we work with fermented foods, we do it with our hands and the signals and the microbes. And then the memories, the information from our hands gets embedded in the food. And we use something like salt, which is also used in magic and spirituality as cleansing. And so the salt acts as a purifying agent to get rid of all the things that might be harmful. As the fermentation proceeds that first level of microbes begin to die off. And then a new level of microbes spring up in conversation with both the microbes from our body and the microbes from the food. And that's what produces the nice sour diversity of flavors. And that's why my fermented food tasted so good because it’s me... it's a beautiful thing because we could ferment something when we're in a good mood and then months later we still have it and we could consume that good mood medicine.”

I’ll leave you, the reader, on this last thought and send you on your own fermentation journey: “Even the microbes are talking to the plants, talking to the fungi. There's a reason why all the plants that you need are actually growing outside of your door. You don't have to go up to the mountains and do all this weird stuff. It's like that dandelion outside of your window. That one is for you. And that was a gift because something in your world sent out stress signals and the earth listened and then responded.” May your gardens grow well, your squash grow a manageable size, and may all your fermentations be the medicine and the nutrition you seek.

If you'd like to get in touch with us, the DPL Seed Collective, please feel free to email us at seeds@denverlibrary.org. We'd love to hear from you! 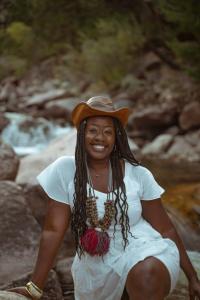 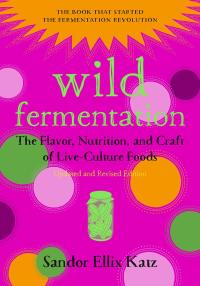 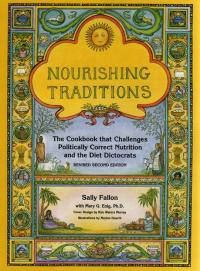 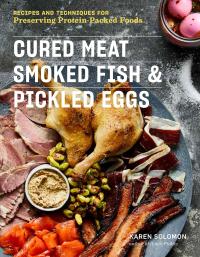 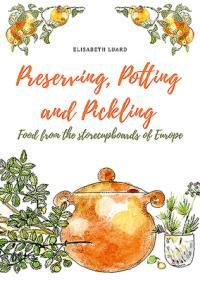 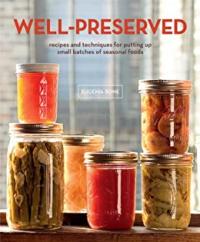 Wow! This article is jammed packed full of really helpful and amazing information. I have recognized when good foods tastes better when I need it the most. And I love and appreciate dandelions all the more. Thank you!

I love dandelions too, Tracy! Thanks for reading :)