What's Growin' On: Fermentation and Preservation! - Part I 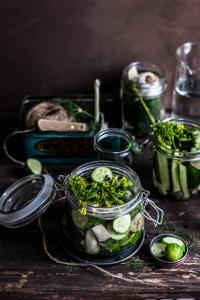 A few years ago, I stumbled upon a seed in our seed library here at the Ross-Broadway Branch: pink banana squash. The name was goofy, they seemed pretty, and they evidently tasted like butternut squash. “Sure!” I thought, not once reading the label, then promptly planted a few in the poor soil and waited. Included in this post is a picture of me and my squash. It was, well, quite large.

All of us gardeners have done something like this (zucchini over-abundance anyone?), and if we couldn’t give the goods away, we found ourselves needing to preserve them. Many good methods exist for doing this, depending on what sort of monster you’ve grown, and one of my personal favorites is fermentation. I sat down with two fermentation experts to find out more, but before going into that I want to lay some groundwork on the subject.

One important distinction to make before we dive in is the difference between pickling and fermenting. According to Ben Raskin in his book Zero Waste Gardening, “pickles use the acid in vinegar, and salt, to kill the organisms that break down food. The other ingredients add flavour….Fermentation also relies on acid to preserve food, the difference is that instead of adding vinegar to produce, the beneficial bacteria ‘lactobacillus’ does the work.” He goes on to explain how lactobacillus and fermentation works: “This bacteria is found all over the place, including in our guts, and also on the surface of vegetables. If kept away from air, lactobacillus naturally turns the sugars in the produce into acid, which we can take advantage of. Because it is an active process, fermentation changes the flavour more than pickling does.”

Read on to hear what a local expert has to say about fermentation and all its goodness (note, this is part 1 of a 2 part series!).

Virgil Dickerson is the owner and founder of K.R.E.A.M. (Kimchi Rules Everything Around Me) Kimchi, based in Denver. He started his business during COVID after hearing praise from his friends about his kimchi, a traditional Korean fermented cabbage dish, made from his mom’s recipe. He says it was about “7 or 8 years ago that I said ‘Mom, I really want to learn how to make kimchi. So I sat down with her, and everything she threw into the bowl, I caught it, measured it, wrote it down, and turned it into a recipe.” His business exploded after some media attention, and word of him even spread to Korea: “The news thing I did got picked up by a Korean broadcasting system, and my mom saw it and she was like, ‘Virgil! I just saw you on the Korean news!’ And to her I’d made it, ya know?”

For him, fermentation is important because not only does it preserve food, but “it retains culture.” His mom is Korean, his dad Caucasian. He explained to me, “Growing up in Colorado and America, I never really identified with my Korean culture, and it wasn’t until I was cooking and making kimchi that I was really able to tap into it a lot more.” He also talked about the health benefits of fermented foods, saying, “Fermentation and probiotics are so important. You already read so much about that now, but we’ll be learning a lot more about it. That’s why kombucha is exploding and more people are making sauerkraut. You know, all these ancient food recipes, we need those more than ever right now because so many of us grew up eating processed foods. It’s not a surprise that so many people are unhealthy in this country. We need to be more conscious about eating.”

I asked him for some advice for folks just starting out on their fermentation journey. He said, “I think my biggest piece of advice is just go for it and don’t be intimidated by it. Maybe the first time you make it it’s not going to turn out exactly the way you want. But it’s all trial and error. You may find you’ve put too much of one ingredient and not enough of another. Just take notes, and next time adjust it the way you want to. It might take some time to get it exactly the way you want it, but there’s enough resources and enough recipes online that you can make really great stuff in your home kitchen.” Some sage advice about contamination: “If you’re doing it right, it will have protection from the acids that build up in it. But if you’re really concerned about it, you can buy a pH Meter and test the pH level. If it’s over 4.6 you don’t want to eat it. But if you're only fermenting for two to three days, the chances of that happening are really low. That’s again why I’d suggest starting by fermenting for just a few days. Also, make sure wherever you’re fermenting it that it’s not overly hot—room temperature is usually fine.”

You can find his basic kimchi recipe and instructions here, and a list of Virgil’s favorite books at the end of this blog. And keep an eye out for part 2 of this blog next week!

Resources:
Cured Meat, Smoked Fish & Pickled Eggs by Karen Solomon
Fiery Ferments by Kirsten K. Shockey and Christopher Shockey
Can It, Bottle It, Smoke It by Karen Solomon
Preserving, Potting & Pickling by Elisabeth Luard
Pickled by Kelly Carrolata
The All New Ball Book of Canning and Preserving edited by Meredith L. Butcher
The Farmhouse Culture Guide to Fermenting by Kathryn Lukas and Shane Peterson
Well-Preserved: Recipes and Techniques for Putting Up Small Batches of Seasonal Foods by Eugenia Bone

And lastly, please join us for our end-of-season Seed Festival! Bring seeds, take seeds! We are on a quest to support people who want to save their own seeds. We want to help everyone grow things that are suited to our local conditions and for our communities to have more control over their food. If you have any questions at all, please reach out to seeds@denverlibrary.org. 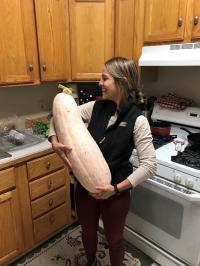 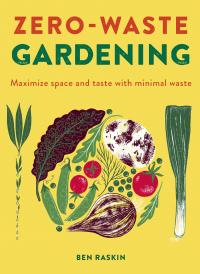 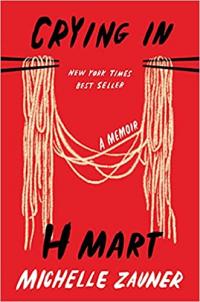 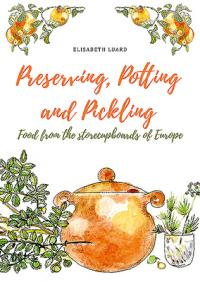