All Denver Public Library locations will be closed on Monday, January 20 in observance of the Martin Luther King, Jr. Day holiday. More information...

Westward Ho! Great Westerns to read to celebrate the 157th Anniversary of the Homestead Act

On May 20th, 1862 the Homestead Act was signed into law, opening up settlement of the western United States to “any American” by allowing folks to put a claim on up to 160 free acres of land. The idea was that this would help those living in impoverished overcrowded urban dwellings to enjoy the freedom and healthy wide-open spaces of the West. While not a dream fulfilled by many of those it targeted, the Homestead Act did pave the way for western expansion, and even in its way, women's suffrage. The Homestead Act stayed in effect until 1988 when the final claim was made for 80 acres in southeastern Alaska.

Though the Homestead Act was considered moderately successful, with only about 52% of the claims ever "proved up" to full ownership, it was an inspired bit of legislation that allowed freed slaves, single mothers, women and new immigrants to stake their claims. Even though it had its problems the Act became a cornerstone for our nation’s public land policy.

If you're so inspired to "Go, West" -- here are some great unusual "western" reads that I wholly recommend!

Walk on Earth a Stranger by Rae Carson. This slightly magical take on the gold rush offers a compelling glimpse at what the pioneers suffered to reach the West Coast.

Vengeance Road by Erin Bowman. If Maddy Spenser from True Grit met The Bride from Kill Bill, gritty to say the least.

Six-Gun Tarot by R.S. Belcher. Golgotha, the first watering hole on the far side of the 40 mile desert, but is it the safe haven you could hope for?

Red Country by Joe Abercombie. This grimdark fantasy is a wonderful take on cattle rustling, western "lawmen" and the wild frontier.

If a traditional Western novel is more to your taste, make sure that you check out our Western Core Collection list.

Books
Westerns
homestead act
books
Written by Emily on May 19, 2019 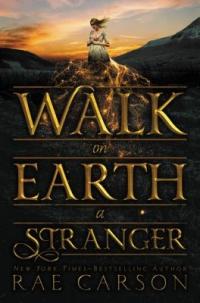 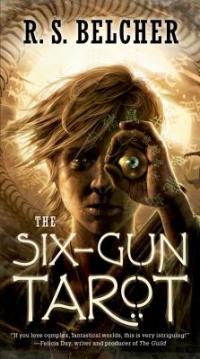 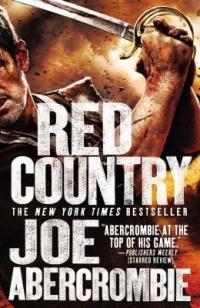 Also known by indigenous communities as the "2nd Colonization Act."

This wasn't "free" land. It was stolen from Native Americans. I'm very disappointed that someone doesn't know history.

You're absolutely right, this was a very one sided blog post. My apologies, I will strive to do better!