It's I Read Canadian Day, Eh!

It's just the second year for the I Read Canadian Day celebration on Feb 19, 2020. The day is dedicated to ‘reading Canadian’ and is designed to empower families, schools, libraries and organizations to host local activities and events within the week. The intent is to challenge Canadians to “Read Canadian” for 15 minutes and to share their experience at their library, in their school, with their families and friends, or on social media. So how about challenging readers south of the border to do the same? Here's a list of adult and teen titles from Canadian authors which goes beyond the well-known, such as Margaret Atwood, Yann Martel, Alice Munro, and Malcolm Gladwell.

The Wagers by Sean Michaels - A quiet part-time Montreal comedian leaves his family's grocery business to try his luck at what turns out to be two bizarre pursuits in this thoughtful, offbeat novel. This tale shifts among many styles, and Michaels queries and pushes against our obsession with quantifying all experience as analyzable data.

Halfbreed by Maria Campbell - A young Métis woman writes of growing up in northern Saskatchewan as part of a community oppressed by racism and hatred. Campbell tells of her experiences as a drug addict in the slums of Vancouver, and how her Cree great-grandmother gave her the the strength to survive.

Tawâw: Progressive Indigenous Cuisine by Shane Chartrand - This cookbook expresses Chartrand's personality and replicates how he learned about his own identity and history. He is part of a group of Indigenous chefs from Canada and the United States who are taking back the Indigenous culture that was stolen from them.

A Girl Like That by Tanaz Bhathena - In Jeddah, Saudi Arabia, sixteen-year-old half-Hindu/half-Parsi Zarin Wadia is the class troublemaker and top subject for the school rumor blogs, regularly leaving class to smoke cigarettes in cars with boys, but she also desperately wants to grow up and move out of her aunt and uncle's house, perhaps realizing too late that Porus, another non-Muslim Indian who risks deportation but remains devoted to Zarin, could help her escape. (teen)

Greenwood by Michael Christie - It's 2038, and Jacinda "Jake" Greenwood is a guide in one of the last old-growth forests in the world, a place wealthy eco-tourists come to spend a few days in a tiny patch of green. One visitor informs Jake, long an orphan, that she's more than just an employee: The whole shebang belongs to her, and not just because she bears the same name as the Greenwood Arboreal Cathedral to which those well-heeled pilgrims flock. No, it's because she descends from a founder of the all-encompassing Holtcorp and owner of Greenwood by way of her grandmother Willow. (on order)

To Feel the Music: A Songwriter's Mission to Save High-Quality Audio by Neil Young and Phil Baker - The iconic music artist and an award-winning tech journalist reveal how today’s convenient but compressed digital music has significantly compromised how music was intended to be heard, describing the mission of the Neil Young Archives to provide high-resolution, top-quality music.

The Marrow Thieves by Cherie Dimaline - In an apocalyptic future Canada, Indigenous people have been forced to live on the run. A Métis orphan is rescued from the 'recruiters' by Miigwans (Anishnaabe) along with a small band of other Indians from different nations, most young and each with a tragic story. Miigwans leads the group north to find others, holding on to the belief of safety in numbers. Five years later Frenchie is 16, and the bonded travelers have protected one another, strengthened by their loyalty and will to persevere as a people. (teen)

Cold White Sun by Sue Farrell Holler - This is a profound, heartbreaking narrative filled with loss, confusion, displacement, and longing. One minute Tesfaye is living the good life in Ethiopia, and the next, he and his family are fleeing to save their lives. A poignant story about the modern struggle that refugees of discrimination and war face.

To find more Canadian authors, visit the NoveList Plus database, go into Advanced Search, and look on the left-hand side for two dropdowns, one for author's nationality and the other for author's cultural identity, and check off Canada and Canadian, respectively! 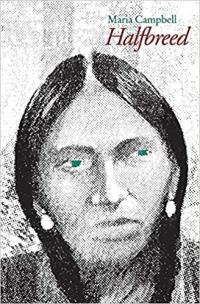 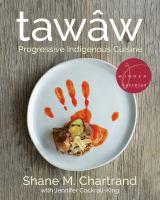