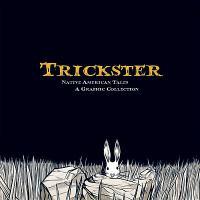 Slowly, since the 1960s and the start of the Native American Renaissance, indigenous literature has begun to flourish. These items are more than entertaining; they are a connection to cultures that were almost erased from history. Below is a linked short list of graphic novels, and books written by indigenous people.

Trickster is an anthology of graphic novel tales of various indigenous stories.

Jr. Graphic Ghost Stories: The Maid of the Mist by Tanya Anderson is a tale about an Iroquois woman who lived near Niagara Falls.

Cowboys & Aliens by Fred Van Lente is a graphic story of how indigenous battles end when aliens decide to land on Earth in the midst of war.

Indeh: a Story of the Apache Wars, written by Ethan Hawke, depicts actual historic events during the Apache uprising of the late 1800s featuring Goyahkla/Geronimo.

Surviving the City by Tasha Spillett and Natasha Donovan is a graphic novel depicting the lives of Urban Indians making it in the big city alongside two-spirit folk and ancestors.

The Bingo Palace by Louise Erdrich is a fictional story about a small indigenous community, and a love story surrounded by a bingo hall.

There There by Tommy Orange is an amazing fictional tale based on true to life events of an Urban Indian dealing with problems as a marginalized indigenous person who has a few physical and mental issues -- don't we all?

House Made of Dawn by N. Scott Momaday is a seminal work of indigenous fiction and a Pulitzer Prize winner. It describes the life of Abel -- a young American Indian picking his battles where he may between traditional family ways and modern industrial America.

How I Became a Ghost by Tim Tingle is a young adult fiction tale based on the true events of the Trail of Tears -- the Choctaw people of Mississippi were the first tribe to make the harsh, long winter trek to Indian Territory.

Crazy Brave is a memoir by Joy Harjo -- first indigenous person to be awarded the title of U.S. Poet Laureate.

Want to dive into the literature of indigenous peoples even deeper? Consider visiting Indigipop X Denver the weekend of July 26-28. Born from the Indigenous Comic Con, IPX Denver is a three-day comic convention and pop culture festival. IPX Denver is more than a gathering of indigenous creators and artists. It is about how indigenous people advocate, educate and create connection through art, music, fashion, futurisms, film and more! 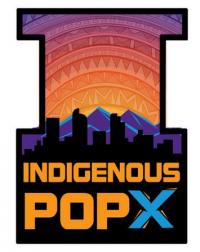