Request IT will be temporarily unavailable Tuesday, January 25, 6 - 10 a.m. for scheduled maintenance.

Please be aware that Denver Public Library is not currently a distribution site for KN95 or surgical grade masks at this time. We apologize for the inconvenience.

Due to the rise in COVID-19 cases, Denver Public Library has paused all in person programming, and masks are required at all locations. More information. 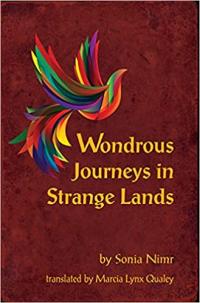 I know what I love about historical fiction - the time periods and settings, the dialects and accents, and the sense of wonder I feel as I explore the history of the world through the eyes of the people who lived these stories. It's also very interesting to me to see how history repeats itself again and again!

I've plucked a few adult historical fiction titles from our massive Staff Favorites 2021--Fiction list to share here, and have added a nice handful of titles that will be arriving on our shelves in early 2022. So pick something to read or listen to now, and put a few on hold for later. It will be like getting a late holiday gift!

Wondrous Journeys in Strange Lands by Sonia Nimr
In a tent at the foot of a mountain in Palestine, hundreds of years ago, our storyteller and her twin sister are born. Her newlywed parents name her Qamr (Moon) and her sister Shams (Sun). Their small caravan is journeying from the mothers city back to the fathers remote ancestral village atop the mountain. This village suffers from isolation and a curse, which her young family tries to undo. But when both her parents lives are cut short, Qamr and her sister are left orphans. And so, Qamr decides to pursue her mothers and fathers dreams of discovering the world its people and places, ideas and stories.

The Arsonists' City by Hala Alyan
The scattered members of a Middle-Eastern clan unite at an ancestral home in Beirut to change a new patriarch's decision to sell the property, igniting revelations about their family's past in Lebanon, Syria and the United States. In a novel teeming with wisdom, warmth, and characters born of remarkable human insight, award-winning author Hala Alyan shows us again that "fiction is often the best filter for the real world around us" (NPR).

Mary Jane by Jessica Blau
Almost Famous meets Daisy Jones and the Six in this funny, wise and tender novel about a fourteen-year-old girl's coming of age in 1970s Baltimore, caught between her straight-laced family and the progressive family she nannies for - who happen to be secretly hiding a famous rock star and his movie star wife for the summer.

The Mercies by Kiran Hargrave
After a storm has killed off all the island's men, two women in a 1600s Norwegian coastal village struggle to survive against both natural forces and the men who have been sent to rid the community of alleged witchcraft. The story is unblinking in recounting the cruelty imposed on the island’s women.

She Who Became the Sun by Shelley Parker-Chan
When the Zhu family’s eighth-born son, Zhu Chongban, given the fate of greatness, dies during a brutal attack, his sister, escaping her own fated death, uses her brother’s identity to claim another future altogether—her brother’s abandoned greatness. First title in The Radiant Emperor series.

Great Circle by Maggie Shipstead
After being rescued as infants from a sinking ocean liner in 1914, Marian and Jamie Graves are raised by their dissolute uncle in Missoula, Montana. After encountering a pair of pilots passing through town in a beat up Cessna, Marian commences her lifelong love affair with flight. At fifteen, she drops out of school and finds an unexpected and dangerous patron in a wealthy rancher who provides a plane and subsidizes her lessons, an arrangement that will haunt her for the rest of her life, even as it allows her to fulfill her destiny: circumnavigating the globe and piloting her plane over the Arctic Circle.

Hotel Portofino by J. P. O'Connell
Hotel Portofino has been open for only a few weeks, but already the problems are mounting for its owner Bella Ainsworth. Her high-class guests are demanding and hard to please. And she's being targeted by a scheming and corrupt local politician, who threatens to drag her into the red-hot cauldron of Mussolini's Italy.

A More Perfect Union by Tammye Huf
This not only a passionate but forbidden love story between a white man and an enslaved black woman in the 1800s, it is also a riveting account of slavery, of its brutality, of its inhumanity and of its cruelty during the Irish potato famine. In 1849 on a Virginian plantation, inter-racial marriage is not only illegal but considered to be an ungodly abomination.

New York, My Village by Uwem Akpan
This is the story of Ekong Udousoro, a Nigerian editor who, in a bid to come to terms with the disturbing recent history of his homeland, decides to curate a collection of stories that revolves around the Biafran War of 1967-70. Udousoro is excited when he gets a publishing fellowship in Manhattan, where, at once, he is learning how the publishing business works and working on his project. However, things are not always as they seem. Udousoro is soon exposed to the very uncomfortable baseline of the publishing business—particularly the racism.

Vera by Carol Edgarian
Vera is the story of a 15-year-old girl, left largely to her own resources by her madame of a mother, who survives the devastating San Francisco earthquake of 1906 as well as the fires that burn much of the city, and from the ashes and rubble, manages to build a decent life for herself and those around her. Rich with real and created characters—the opera singer Enrico Caruso, Alma Spreckels who founded the Legion of Honor, San Francisco’s famous art museum, and of course, Eugene Schmitz - this is a truly immersive read.

Still want more? Our Personalized Reading List service will feed your historical fiction hunger! Just fill out the online form, and in about a week, we'll deliver a list of titles for your reading and listening pleasure. 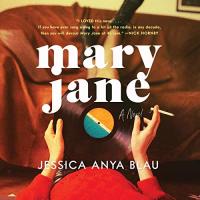 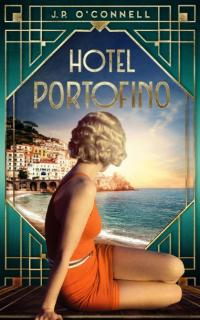