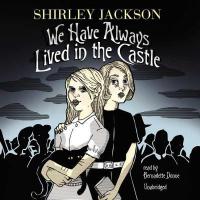 If one of the reasons you read is to experience feelings and lives that are different from your own, we have some great choices for you this month! From creepiness and dread while solving mysteries and delving in to the past to the some real life tales of growing up in challenging circumstances, step out of your world and into someone else's with this month's staff picks.

Erin W’s Pick:
We Have Always Lived in the Castle by Shirley Jackson (1962)
I spent 5 ½ glorious hours straight listening to the audiobook, available on downloadable on Libby (Overdrive) or CD. Bernadette Dunne’s narration breathes life into this story of growing dread and creepiness.

Amanie's Pick:
The Taiga Syndrome by Christina Rivera Garza (2018)
This slim book has been described as "speculative noir" and "a fairy tale run amok," and I totally agree. An ex-detective enters a strange and foreboding place in search of a lost couple, and her journey into the boreal forest brings unexpected eerie events. A beautiful work, with rich minimalist detail, and creepy in a great way!

Lauren’s Pick:
The Cutting Season by Attica Locke (2012)
I’ve been on a steady diet of mysteries for some time now, but few have made me think as much as The Cutting Season. Caren Gray is used to the present colliding with the past. She lives and works at Belle Vie, a historic Louisiana plantation where her family has resided since her enslaved ancestors harvested sugar there. When a migrant worker from the sugar fields is found dead on Belle Vie’s property, Caren finds herself not only in the middle of a murder investigation, but caught in a complex web of political, economic, and social factors that have been stewing for over 150 years. This novel artfully combines a suspenseful whodunnit with poignant literary fiction.

Annie N's Pick:
Born A Crime: Stories from a South African Childhood by Trevor Noah (2017)
What a struggle it was for Trevor Noah (The Daily Show host) and his fearless, rebellious mother just to survive in apartheid South Africa. Noah was the child of a white Swiss father and a black Xhosa mother at a time when such a union was punishable by five years in prison.  Noah’s mother kept him mostly indoors for the earliest years of his life, hiding him from the South African government. It was unsettling reading this book. I kept thinking how could Noah and his mother survive the poverty, violence, and abuse that impacted their lives in ways that I could not imagine. Noah, being Noah, provided the funny, dramatic and deeply moving aspects of his life that stays with you.

Kristen A.’s Pick:
Muhammad: Forty Introductions by Michael Muhammad Knight (2019)
So often in the West, Islam is presented as a monolithic entity, as if all Muslims believe and do the same things. Read this for the perfect antidote. Through short essays commenting on 40 hadith (sayings of the prophet Muhammad), Knight shares a huge range of beliefs about Muhammad and of how Muslims understand and struggle with their faith. With chapter titles including “Queering Muhammad” and “Thank Allah for amina wadud” (the female Islamic scholar who has publicly led mixed-gender prayer services), you know Knight understands Islam as a diverse, evolving faith.

Caitlyn’s Pick:
The Monsters of Templeton by Lauren Groff (2008)
Hot take: I know everyone loves Groff’s more recent work, but her debut novel is still my favorite. It blends historical fiction with contemporary family drama and just a dash of magical realism. The day that Willie Upton returns to her home town in disgrace, a giant monster washes up dead on the nearby lakeshore. As the inhabitants of Templeton struggle to solve the mystery of the Lake Glimmerglass monster, Willie unravels the mystery of her family, which leads her through the generations, all the way back to the town's founders.

Lainie’s Pick:
The Idiot by Elif Batuman (2017)
This reimagining of Dostoevsky’s classic is sublimely, dryly funny and has one of the most frustratingly perfect endings I’ve encountered in fiction. Set at the initial blossoming of the internet age and told from the point of view of a wide-eyed Harvard freshman, Selin, daughter of Turkish immigrants, this is a story for everyone who’s ever been a dumb nineteen-year-old in a sea of other dumb nineteen-year-olds. Selin finds herself, almost at random, studying Russian; entangled in a maybe-romance with a classmate, Ivan, her accidental email penpal; then trotting across the globe to Hungary to teach English (and, let’s be real, to be closer to Ivan — it’s his home country). A will-they-won’t-they that’ll have you desperately rooting for “WON’T,” and a coming-of-age tale that feels completely, cringingly true to life.

Jennifer M.’s Pick:
Bitter Orange by Claire Fuller (2018)
Frances Jellico has just buried her mother and travels to Lynton, an English country estate, to write a report on the garden architecture there in preparation for the property’s impending sale. There she meets a young, passionate couple residing on the floor below her attic apartments. The young man, Peter, has been hired to assess the property’s foundation. As the story progresses, Frances becomes entangled in Peter and Cara’s drama and eccentricities and strange things start to occur. This dark, atmospheric novel of suspense set in a decrepit country mansion will leave you uncomfortable and craving more. There are lots of twists and turns to love here.

Maryanne’s Pick:
My Time Among the Whites: Notes from an Unfinished Education by Jennine Capó Crucet (2019)
The author, a first-generation college student of Cuban ancestry, describes her experiences of education in the Ivy League, buying her first home, and growing her career in academia. A great read for those who are seeking insight and perspective on what it’s like to live and operate in our dominantly white society as a woman of color.

Charlotte’s Pick:
Kill the Farm Boy by Delilah Dawson and Kevin Hearne (2018) This irreverent book takes fairytale parody to the next level. If you enjoy unpredictable novels, this is definitely one for you. With a very diverse cast of characters - including a goat, a bread conjuring wizard, and a pacifist barbarian who accidentally maims people, you never know what will happen next. Enjoy the slightly confused - and deadly - journey with the assurance that everything will make sense in the end. Sort of.

Claire’s Pick:
Gideon Falls, Vol. 1: The Black Barn by Jeff Lemire, Andrea Sorrentino, and Dave Stewart (2018)
The legend of the Black Barn tells of an otherworldly building that has appeared and reappeared throughout history, bringing death and madness in its wake. Now, its mystery ensnares and entwines the lives of two very different men. One is a young recluse, obsessed with finding hidden clues within the city's trash. The other is a washed-up Catholic priest, finding his place in a small town that hides dark secrets. Neither of them are prepared for what's inside the Black Barn.

City Librarian Michelle’s Pick:
In the Time of the Butterflies by Julia Alvarez (1994) --The 2019 NEA Big Read! 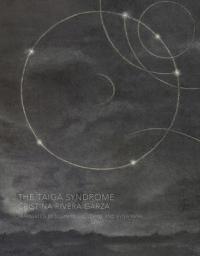 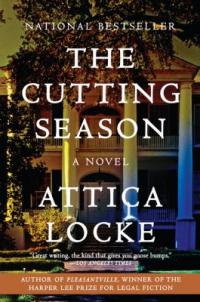 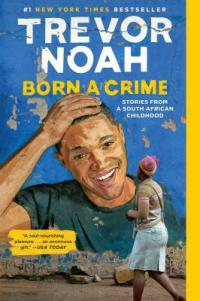 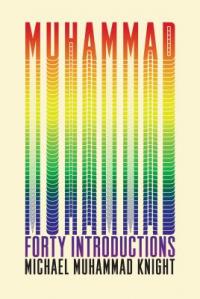 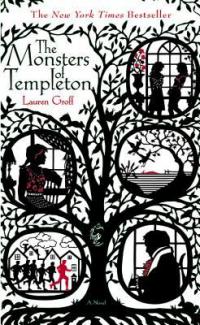 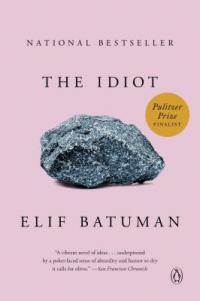 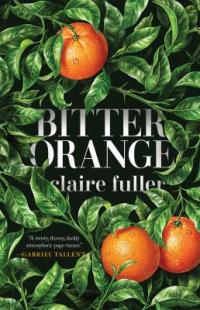 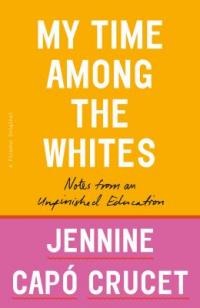 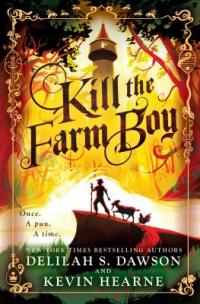 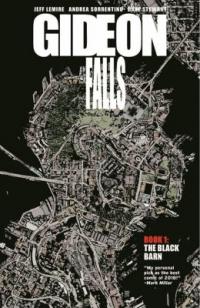