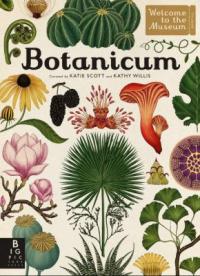 The tail end of summer brings us many choices for travels through books! Will you join the wolf packs in Yellowstone, set your sights on the stars, experience a drought in Australia, or time travel to Niagara Falls in the 80s? Your adventures await!

Laurie’s Pick:
Botanicum by Kathy Willis, illustrated by Katie Scott (2017) The gorgeous illustrations and engaging text encourages lingering on each page. This oversize curated guide is just one title in the outstanding Welcome to the Museum series appealing to all ages.

Extra Medium's Pick:
Perdy by Kickliy (2018)
In this heartwarming tale of mammary madness and revenge, Perdy is released from jail and out to live the good life. Full of old timey wild west cussin’ and fightin’, this is one of the most hilarious graphic novels I’ve read in a while.

Emily’s Pick:
The Finder by Suzanne Palmer (2019)
Fergus Ferguson fled Earth at 15 and never looked back. Since then he has worn many hats but the one he likes the most is that of a "Finder" or you know, a Repo Man. His current task is to find and retrieve the cutting edge spacecraft Venetia's Sword, simple enough right? This funny, scary, and thrilling space opera is a blast, great for readers of the Expanse series, Dark Run by Mike Brooks, or Tales of the Ketty Jay by Chris Wooding.

Annie N’s  Pick:
The Secret Wisdom of Nature: Trees, Animals, and the Extraordinary Balance of All Living Things: Stories from Science and Observations by Peter Wohlleben (2019)
Wohlleben describes the fascinating interplay between animals and plants and answers such questions as: How do they influence each other? Do lifeforms communicate across species boundaries? And what happens when this finely tuned system gets out of sync? Stories from science and observation.  “Recapturing our sense of awe so we can see the world around us with completely new eyes.”

Debbie M’s Pick:
The Dry by Jane Harper (2016)
Federal Police Inspector Aaron Falk travels to the hometown he left twenty years before for the funeral of a childhood friend.  While there he is forced to confront demons from his past while probing deeper into his friend’s suspicious death.  Set in Australia, the worst drought in a century is one of the main characters in this gripping, atmospheric mystery that deals with past prejudices and a small town.

Yvonne’s Pick:
The Saturday Night Ghost Club by Craig Davidson (2018)
It is summertime in the 80s and Jake Baker lives in Niagara Fall. He's a loner who spends his time with his kind but eccentric uncle, Calvin. The summer he turns twelve, he meets two siblings who are new to town and the three of them join his uncle in a journey to discover the ghosts and mysteries that haunt the town, calling themselves the “Saturday Night Ghost Club.” Things are not as simple as they seem, and as the summer goes on and Calvin takes them to new places, the real mysteries behind the stories begins to unravel. This book is short, beautiful, and sad and will stay with you long after it is finished.

Randell B’s Pick:
The Bingo Palace by Louise Erdrich (1994)
This is a novel about spiritual awakening, death, money, love, hopes, and dreams -- all surrounding the building of a new Bingo Palace.

Melanie’s Pick:
American Wolf: A True Story of Obsession and Survival in the West by Nate Blakeslee (2017)
I remember seeing wolves for the first time in Montana, on a drive to Alaska I’d made several times before. It was magical. Turns out I’m not the only one fascinated by wolves. Watchers in Yellowstone descended upon wolf packs that were reintroduced to Yellowstone in 1995. Blakeslee susses out the controversy around wolves living in the northern U.S., including detailed descriptions of wolf behavior and pack dynamics, as well as the legal battles that have persisted around these well loved and much hated animals since the 90s. If you want to learn more about the Yellowstone wolves and one of the main characters in this book, check out Rick McIntyer's The Rise of Wolf 8: The Triumph of Yellowstone's Underdog.

Rachel R’s Pick:
Natalie Tan’s Book of Luck and Fortune by Roselle Lim (2019)
Natalie returns home to Chinatown after the death of her mother and is confronted with a dying neighborhood and a community desperate for the healing powers of Natalie’s family recipe book. A lovely and sweet book that examines Chinese-American culture through food and tradition reminiscent of Like Water for Chocolate.

Claire’s Pick:
The Ocean at the End of the Lane by Neil Gaiman (2013)
In Sussex, England, a middle-aged man returns to his childhood home to attend a funeral. Although his childhood home is long gone, he is mystically drawn to the farm at the end of the road, where, when he was seven, he encountered a most miraculous girl and her family. He hasn't thought of her in decades, and yet as he sits by the pond (a pond that she'd claimed was an ocean) behind the broken-down old farmhouse, the unremembered past comes flooding back. This incredible but bittersweet book, told from the perspective of the narrator as a brooding young boy, is a little magical realism, a little horror, and a whole lot of fantasy. 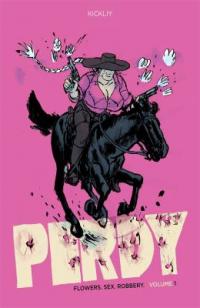 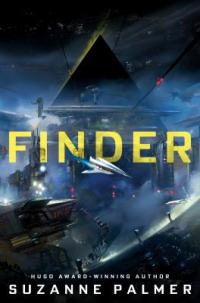 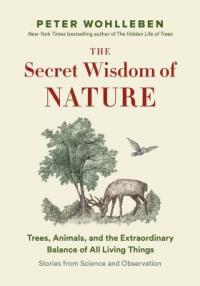 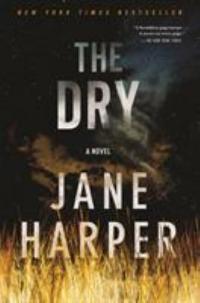 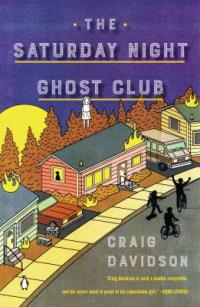 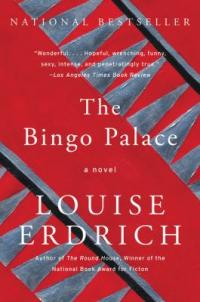 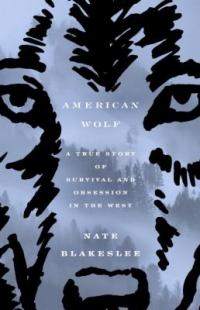 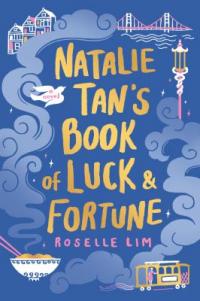 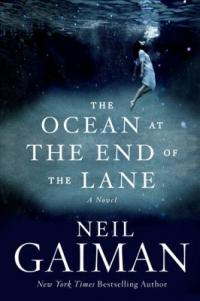