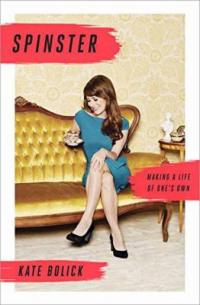 This month's staff favorite reads range from examinations of being single and masculinity to fantastic worlds of queens, space ships, and bookshops (we all know bookshops are the most fantastic of all!).

Katie W’s Pick:
Spinster: Making a Life of One’s Own by Kate Bolick (2015)
Part memoir and part an exploration of literary spinsters such as Edna St. Vincent Millay, Bolick's book is a meandering, gentle exploration of what it means to be single in the modern age.

Claire’s Pick:
Red-Blooded American Male : Photographs by Robert Trachtenberg (2016)
James Van der Beek in a state of undress; Mark Wahlberg arm-wrestling his son; Channing Tatum bromancing with friends in the park. These are the portraits of today's tongue-in-cheek masculinity, as conceived by Emmy Award-winning director and photographer Robert Trachtenberg. This book presents 100 of his most imaginative, striking, and unconventionally sexy portraits of both celebrities and regular guys going about their thoroughly modern lives. No longer do men have to be serious businessmen or hunky firefighters to be deemed attractive--they can also ride tricycles and get pedicures. Revealing a surprising (and often self-deprecating) side to Mel Brooks, Seth Rogan, Jimmy Fallon, Jerry Seinfeld, Jon Hamm, Conan O'Brien, and more, this gorgeous coffee-table book features an introduction about male images and stereotypes plus pithy captions about each photo's shoot, giving readers a peek behind the curtain of a famed portrait photographer's creative process.

Anna M’s Pick:
Queen of Blood (Queens of Renthia series #1) by Sarah Beth Durst (2016)
This is the first novel in a female-centric mid fantasy where Daleina must push past her less than spectacular ability with spirits to save her kingdom. This first novel is more of a coming of age story where we follow Daleina from childhood into adulthood while the rest of the series follows different main characters on their own journeys. This would be a great introductory  series to adult fantasy or for people who may not want an intricate fantasy read. Also a great transitional piece for young adults looking to branch into adult novels.

Randell B’s Pick:
House Made of Dawn by N. Scott Momaday (1968)
This amazing book won the Pulitzer Prize in 1969, and helped kick off what we now call the Native American Renaissance in literature.

Wendy T’s Pick:
Convenience Store Woman by Sayaka Murata (2018)
This quirky, funny, and sometimes dark novel follows Keiko as she refuses to conform to her culture’s expectations of her as a woman. A convenience store worker, she defies their understanding and her unique and somewhat aberrant way of looking at the world is fascinating.

Caitlyn’s Pick:
The Long Way to a Small, Angry Planet (Wayfarers #1) by Becky Chambers (2014)
This delightful space opera follows the crew of the Wayfarer, a cobbled together ship that journeys through the universe, punching holes in the very fabric of space in order to create faster travel. When the Wayfarer is offered a once-in-a-lifetime job, they realize that this is the chance to strike it rich - assuming they survive the job. This character-driven sci fi gem is perfect for anyone who ever wished that shows like Firefly and Farscape were a little more queer.

Kristen A’s Pick:
Elementary, She Read by Vicki Delany (2017)
This mystery series features a clever Englishwoman who runs a bookshop dedicated to Sherlock Holmes on Cape Cod -- complete with a shop cat named Moriarty, a sweet pet dog, and a hunky love interest. After stumbling upon a dead body and noticing enough details about the scene that the police think she might be the killer, Gemma Doyle sets out to solve the mystery and clear her name. All four books in the series are smarter and more fun than a lot of “cozy” mysteries (I think), but they are still delightfully short on blood, gore, and twisted psychos that try to stalk me in my nightmares. If you like this one, also check out Body on Baker Street (#2), The Cat of the Baskervilles (#3), and A Scandal in Scarlet (#4).

Debbie M’s Pick:
Cured: The Tale of Two Imaginary Boys by Laurence Tolhurst (2009)
The Cure, the ground-breaking British rock band formed in the late 70s, was recently, deservedly, inducted into the Rock n’ Roll Hall of Fame. Read about their roots and their early rise to fame from the perspective of Lol Tolhurst, one of the founders of the band.  Lol’s honest and self aware account describes the early friendship between him and Robert Smith (lead singer and co-founder), his struggles with alcoholism, his eventual falling out with the band, and getting sober.  Fans of The Cure will really appreciate this story, but everyone will be able to relate to Lol’s struggles with addiction and fame.

Hana’s Pick:
Atlas of Remote Islands by Judith Schalansky (2009)
Trained in typography and graphic design, Judith Schalansky melds design and excellent storytelling as her atlas delves into 50 remote islands that she has “never set foot on and never will.” Each deceptively simple mapped illustration is accompanied with a story, utilizing both the imaginary and the factual, to tell of places and their histories. Tales of tiny communities with cannibalistic inhabitants, failed ecosystems, and intimate portraits of ruthless colonizers are among the vibrant creations in these simple, lonely worlds.

City Librarian Michelle’s Pick:
Deep Creek: Finding Hope in the High Country by Pam Houston (2019)
Houston writes about her life as a woman, author, teacher and human and her love of the beautiful high country of Colorado. Only partway through and I’ve cried a few times. 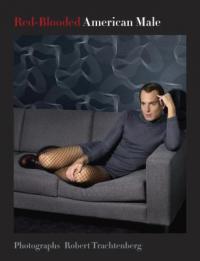 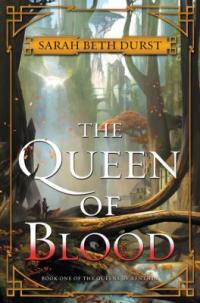 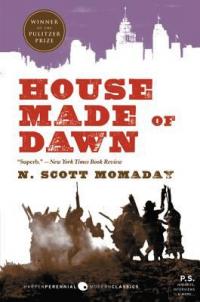 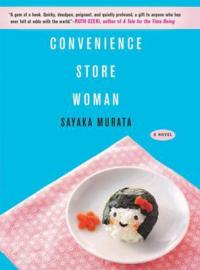 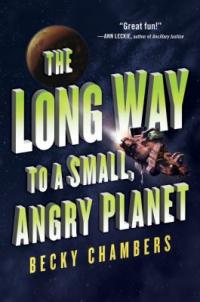 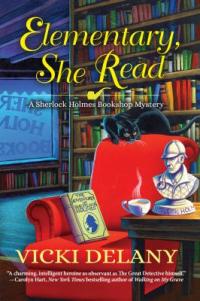 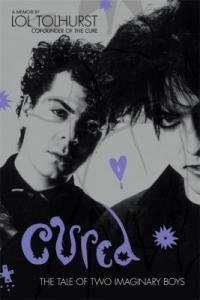 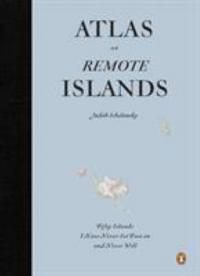 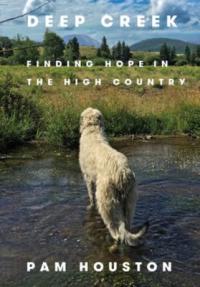