The Green Valley Ranch Branch Library is closed due to HVAC issues. Curbside pickup will be available.

Big History: The Origin Story of Everything

Here's a historical fact that blows my mind: when Cleopatra, the last true ruler and pharaoh of ancient Egypt, died in 30 BC, the Great Pyramid of Giza was already over 2,500 years old. That means the Great Pyramid was more ancient in Cleopatra's day than she is in ours. History goes back a long, long way. But that's just written human history! When you think in geologic terms, ancient history was practically yesterday. For example, the tiny mammal fossils recently discovered near Colorado Springs are over 14 thousand times as old as the Great Pyramid. And mammals are new kids on the block in the history of life.

Human history, then, is really just a small part of a much grander history: the history of the entire universe. And just as historians have pieced together the story of written human history, scientists have pieced together much of that more ancient story: from the Big Bang, to the formation of stars and galaxies in an expanding universe, to the history of life on earth.

In the last few years, scholars from various fields have started to combine these two kinds of history into a single, grand narrative in which human history is seen as the latest chapter of a much older story of an evolving universe. This new way of looking at the big picture even has a catchy name: big history. Now there are books, videos, and courses that tell the story of big history, from the Big Bang to the Internet.

But why look at things from such a broad, coarse-grained point of view? While the grand narratives of big history can't take the place of more detailed histories, they are still worth learning about, for a few reasons.

First, mythology and comic books have taught us that everybody loves a good origin story. I think that's partly because origin stories explain how things came to be the way they are. Why do we have winter, for example? The ancient Greeks thought it was because Persephone had to go live underworld for part of every year, and her mother Demeter mourned her absence by making the world go cold and barren. Why does Peter Parker have those superpowers? Well, there was this radioactive spider...

As fun and fascinating as those origin stories are, the ones told by big history have a couple of advantages. First, they're evidence-based and therefore far more likely to be true. If we want to know why we have winter, the earth's tilt explains that a lot better than a story about Persephone and the underworld. Second, while mythological explanations are tied to particular cultures, many scientific and historical explanations are universal. The evolution of the the universe, life, and the human species is an origin story shared by everyone on earth. It's not the history of one country or culture: it's everybody's history!

And you don't just learn about those fields separately--you learn how they fit together. For example, if you know that most of the elements in the periodic table (and in our bodies) were forged in the centers of stars and then blasted into space in supernovae explosions, you've learned how chemistry is related to astronomy. When you learn that the limestone in buildings like the Central Library are made of ancient sea creatures, you've learned how biology is connected to geology (and how both are connected to architecture). Reading big history always makes me think of John Muir's famous quote: "When we try to pick out anything by itself, we find it hitched to everything else in the universe."

Finally, reading about big history gives us a sense of the incredible grandeur of space and time, and how we fit into it. Once people thought the mountains weren't much older than the pyramids of Egypt, and the stars were just small lights in a nearby sky. Now we know the universe is far more vast and ancient than our ancestors ever dreamed, and its story is as epic as anything in mythology.

If you want to learn more about Big History, here are some great resources:

The History of Our World in 18 Minutes. David Christian. TED2011

Big History: The Big Bang, Life on Earth, and the Rise of Humanity. David Christian. The Great Courses.

Big History: From the Big Bang to the Present. Cynthia Stokes Brown

A Most Improbable Journey: A Big History of our Planet and Ourselves. Walter Alvarez

Origin Story: A Big History of Everything. David Christian 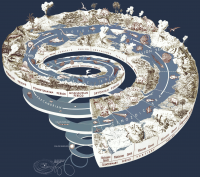 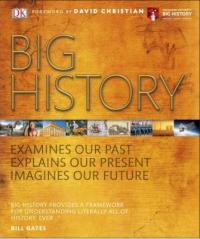 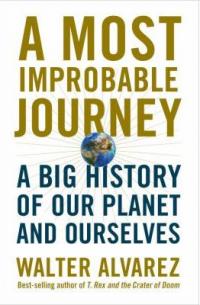 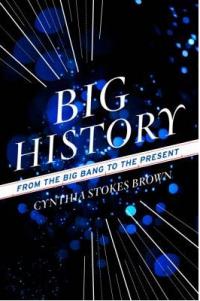