Head-Scratching and the "Common Good": A Look at Norman Rockwell 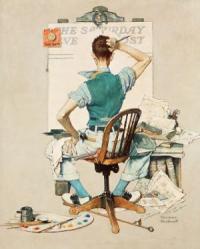 My grandfather's study during my childhood is one of my most persistent place memories, a persistence I owe entirely to Norman Rockwell, though I didn't know it at the time. There, above my grandfather's desk -- a hulking, heavy thing squatting like a toad in the very center of the windowless room -- hung a different sort of window: a print. An illustration of a befuddled artist. Sleeves rolled up beyond his elbows, knees splayed, and, most notably, face turned frustratingly away for all eternity, this artist at work drew my gaze again and again. Even from behind, the guy was full of personality. I liked the look of the nape of his neck, taut and skinny, and that he wore saddle shoes like I did, and that, in a manner of speaking, I was catching him "in the act" -- because he couldn't see me, I could look and look and never be rude. Not exactly.

Some Google image searching a few years ago matched up my memory with one of Rockwell's Saturday Evening Post covers: "Blank Canvas," which made its debut on the October 8, 1938 issue of the magazine. Now I suppose this befuddled artist to be Rockwell himself, scratching his own head over the very illustration he's just now brought into being. As a kid, of course, I never quite grasped this meta aspect to the piece, but I like to think I could sense it. I could feel there was some joke in the perpetual unknown of the artist's face. If he could turn, it would be with a wink, certainly.

Norman Rockwell: Imagining Freedom is slated to be on view with general admission through September 7.  Here curators contextualize Rockwell's art politically, paying special attention to the pieces he created to advance Franklin D. Roosevelt's concept of the Four Freedoms -- Freedom of Speech, Freedom of Worship, Freedom from Want, and Freedom from Fear -- which the then-president leveraged, in part, into the U.S.'s involvement in World War II.

Today, as we navigate yet another period of uncertainty, Rockwell's efforts through art to promote citizens' investment in the "common good" take on a fresh relevance. There's no coy looking-away, no joking, in these images, not by a long shot; nor do I imagine much head-scratching on the artist's part. Rockwell's mission was clear. These are images that look viewers straight in the eye, Americans at their collective, idealized best, standing up, speaking out, and forging ahead with only the well-being of each other in mind. In Norman Rockwell: Imagining Freedom, we find a quintessentially American artist at work on a quintessentially American subject. Rockwell captures his fellow Americans "in the act."

Take a look at some suggested digital resources, as well as what we have on our shelves across the street at DPL -- while we're closed, you can add titles that pique your interest to a list for later, with the exception of the reference collections materials at the end:

How do we talk about Rockwell in the 21st century? Articles of interest on My Modern Met, Vox, and Hyperallergic.

The Rockwell Museum's answer to Lana Del Rey's NFR! -- I can't tell you what "NFR" stands for, but you can find out for yourself by listening to the title track of the critically-acclaimed pop-iconography-obsessed album here.

My Adventures as an Illustrator: The Definitive Edition by Norman Rockwell, as told to Tom Rockwell; edited by Abigail Rockwell (2019)

American Mirror: The Life and Art of Norman Rockwell by Deborah Solomon (2013)

Norman Rockwell: Behind the Camera by Ron Schick; foreword by John Rockwell; introduction by Stephanie Haboush Plunkett (2009) -- learn about the photographs and real-life people behind the illustrations

The Fight for the Four Freedoms: What Made FDR and the Greatest Generation Truly Great by Harvey J. Kaye (2014)

Who Was Norman Rockwell? by Sarah Fabiny; illustrated by Gregory Copeland (2019)

You're a Grand Old Flag by George M. Cohan; illustrations by Norman Rockwell (2008)

Cartoon County: My Father and His Friends in the Golden Age of Make-Believe by Cullen Murphy (2017) -- Murphy unpacks his relationship with his father, a former student of Rockwell's

(available for viewing at Central Library when it reopens)

Boy Scout Fieldbook by the Boy Scouts of America; illustrated by Norman Rockwell (1978)

Dead End School by Robert Coles; illustrated by Norman Rockwell (1968) -- an example of Rockwell's work during the civil rights movement

The Adventures of Tom Sawyer by Mark Twain; illustrated by Norman Rockwell (1936) 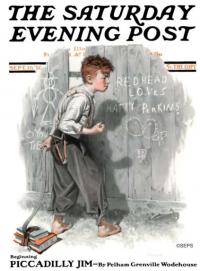 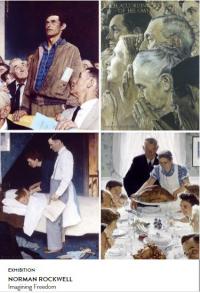 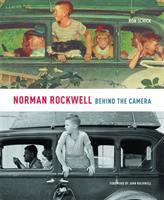 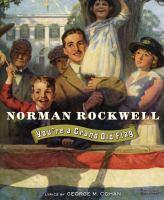 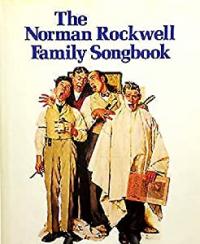 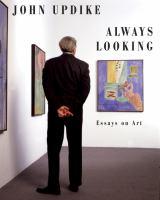