The Genius of da Vinci - Now Appearing at DMNS! 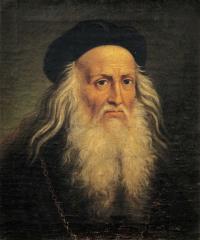 While Leonardo da Vinci may be best known as an artist, his work as a scientist and an inventor made him a true Renaissance man. He serves as a role model of applying the scientific method to every aspect of life, including art and music. Da Vinci also conducted dozens of carefully thought out experiments and created futuristic inventions that were groundbreaking for his time. From March 1 through August 25, 2019, the Denver Museum of Nature and Science will be featuring Leonardo da Vinci: 500 Years of Genius, an exhibit which includes nearly 70 of his machines and inventions, a close-up look at the Mona Lisa, and more. And here is, perhaps, the best news of all - not only can we help you get free passes to the Denver Museum of Nature and Science, you can also get a discount for the da Vinci exhibit through our Museum Pass program!

Want to get a little background first? Our Kanopy movie streaming service for Denver City and County residents has a number of films devoted to da Vinci, and two in particular stand out - Leonardo: a Dream of Flight, and Leonardo and the Mona Lisa, which includes the story of how the painting was stolen in 1911 with Pablo Picasso accused of the crime! We also have several DVD titles including Leonardo da Vinci and the Italian High Renaissance and Secrets of the Dead: Leonardo, the Man Who Saved Science, as well as a quirky series titled Da Vinci's Demons!

If you prefer fiction, the great master has found his way into many titles. Stephanie Storey creates an art history thriller in Oil and Marble: a Novel of Leonardo and Michelangelo. Leonardo despises Michelangelo for his youth and lack of sophistication. Michelangelo both loathes and worships Leonardo's genius. What unfolds is a dazzling tale of both men's drive to complete their ultimate masterpieces - the Mona Lisa, and David. The Malice of Fortune by David Enis is a richly textured, sweeping historical novel with some of the most memorable characters you’d want to meet, namely the obscure Florentine diplomat Niccolò Machiavelli and the eccentric military engineer Leonardo da Vinci. Together, with the courtesan Damiata, they work to solve the mystery behind a gruesome string of murders. Available in both English and Spanish, La Cena Secreta (The Secret Supper) by Javier Sierra revolves around a papal inquisitor's investigation into Leonardo da Vinci's alleged heresies and offers a new way of interpreting The Last Supper.

Just the facts for you? Perfectly timed with this exhibition, pick up Leonardo da Vinci: 500 Years On: a Portrait of the Artist, Scientist and Innovator by Matthew Landrus. We also have Walter Isaacson's definitive biography, Leonardo da Vinci, in both Spanish and English, and in print, ebook and eaudiobook formats. How about a view of da Vinci through the eyes of an expert, Martin Kemp, who has spent years of life dedicated to researching him? Get the lowdown in Living with Leonardo: Fifty Years of Sanity and Insanity in the Art World and Beyond. 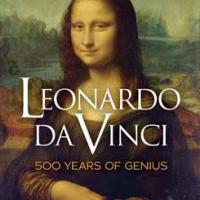 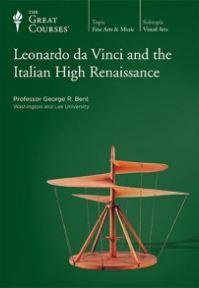