Request IT will be temporarily unavailable Tuesday, January 25, 6 - 10 a.m. for scheduled maintenance.

Please be aware that Denver Public Library is not currently a distribution site for KN95 or surgical grade masks at this time. We apologize for the inconvenience.

Due to the rise in COVID-19 cases, Denver Public Library has paused all in person programming, and masks are required at all locations. More information.

The Thin Man - Make Mine a Double! 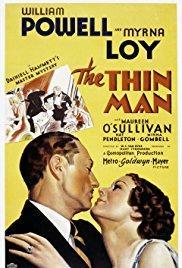 What’s better - the movie or the book? Join us at the Central Library on April 14 for a screening of the 1934 crime caper The Thin Man, and then make it a double on April 25 with a discussion of the book at Denver Distillery, along with guest authors from Colorado Sisters in Crime!

Here’s a little background on The Thin Man by Dashiell Hammett. It was first published as a magazine serial in 1933 and was then published as a novel in 1934 by Knopf. The film version of The Thin Man was taken from the novel of the same name, and is based upon a married couple that was reportedly modeled on Dashiell Hammett's own relationship with playwright Lillian Hellman. The Thin Man was Hammett's fifth and final novel following The Maltese Falcon and The Glass Key. The 'thin man' referred to in the title is in fact the murder victim, Clyde Wynant, in the magazine serial, novel and film, who only appeared - and disappeared - in the initial film. (photo of actor Edward Ellis at left)

One of MGM's lower budget films of the era, The Thin Man was reportedly shot in fourteen days, yet earned over $2 million ($37 million in 2018 dollars!) making it the best earnings record of the total of six 'Thin Man' films from MGM. Sarah Hagelin, professor of film studies of CU-Denver, will be joining us for the April 14 film showing to give us even more background on the making, and impact, of this funny, sharp movie.

Considered a major influence on crime and mystery writers over the past decades, the esteemed author Raymond Chandler once said this about Hammett - “Hammett gave murder back to the kind of people that commit it for reasons, not just to provide a corpse; and with the means at hand, not hand-wrought dueling pistols, curare and tropical fish.” Along with Chandler, Hammett inspired many other authors, including Chester Himes, Mickey Spillane and Margaret Atwood.

So book or movie? Or both? You decide whether or not to make it a double! 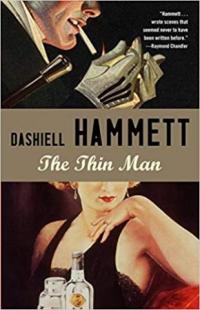 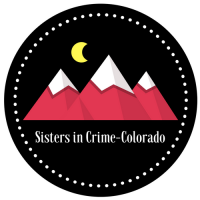