“Life Next Door to the Unabomber:” A Conversation with Author Jamie Gehring 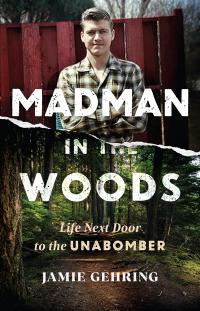 By Gina Wencel, Librarian at the Eugene Field Branch Library.

Local author Jamie Gehring has written a fascinating and chilling memoir about growing up next door to Ted Kaczynski, the infamous Unabomber. Jamie was kind enough to answer some of my questions about her enthralling book.

To learn more about Jamie’s book and to meet the author, please register for our free upcoming program, Meet the Author of a True Crime Memoir - Jamie Gehring, Friday, April 22, 4-5 p.m. at the Sam Gary Branch Library. On May 17, 7-8 p.m. Jamie Gehring will also be joining us for an online film discussion of Netflix docuseries Unabomber: In His Own Words.

You can also put a hold on Madman in the Woods: Life Next Door to the Unabomber through the Denver Public Library.

Q: Your memoir is written through a unique lens. You seamlessly dovetail between two extremes: your loving childhood and the revelation that your neighbor was the Unabomber. Can you speak to how, as a child, you viewed Ted Kaczynski?

A: As a child I viewed Ted as shy and eccentric. I knew he was different, but we still welcomed him into our home and tried to help him when we could. Although noticeably strange, he was kind and soft-spoken in those early years. His appearance was disheveled, as you would imagine a man living off-grid in rural Montana would be.

It wasn’t until I was older (around ten years old) that I started to fear him and his visits.

Q: Your memoir also reads like a detective story, asking questions that can only be answered through your extensive research and interviews. Among the fascinating info you gathered, you uncover how integral your father was to the capture of the Unabomber. Did you already know about your father’s involvement with the FBI or was this a new revelation?

A: I knew very little about my late father’s role in the investigation when I started writing this book. I feel like that is such a compelling part of this journey, my discoveries over two decades later. Finding out from the FBI just how much my dad aided in the UNABOM investigation was one of the most incredible experiences while writing “Madman in the Woods.”

Q: Throughout the book you wrestle with trying to understand what factors triggered Ted Kaczynski’s decline into violence. You contemplate the question: How does a man from a loving home with a doctorate in mathematics become a serial killer devising ways to inflict pain on others? Did you come away with any insights?

A: I personally believe that it was “a perfect storm” that created the Unabomber. I think that factors such as his early separation from his mother, an underlying mental illness, his advancement in school (and the resulting feelings of social isolation), the “Humiliation Experiments” during his time at Harvard, and then his complete isolation in the woods of Montana, were all contributing factors into the making of this man.

Q: Lastly, you wrote a letter to Ted Kaczynski while you were in the process of writing your memoir. What happened?

A: Since Ted’s arrest, I had always wanted to write to him. When I finally put pen to paper (literally), I knew exactly what I wanted to say. This was years in the making.

I was actually pretty shocked when Ted did write me back.

Since his transfer from the Supermax Prison in Florence to Butner FMC, I have written him two more letters, one in which I share with him that I have completed this book. I am still waiting for his response to this.

Thank you so much for your time, Jamie! 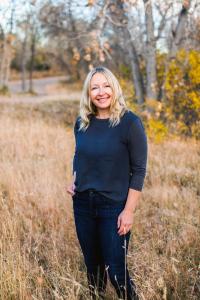