Plaza Voices: What's in a Name? 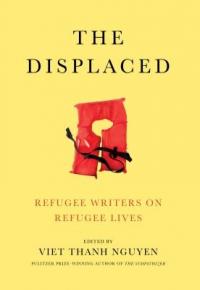 The library provides an opportunity for customers to engage with new perspectives through books. The next time you are looking for a read, take a look at The Displaced: Refugee Writers on Refugee Lives edited by Viet Thann Nguyen. This gem is full of essays written by refugees who share about their experiences.

The first essay, “Last, First, Middle” by Joseph Azam, includes a coming-of-age narrative in which Azam reflects upon his experiences as a child refugee. Azam describes the journey of how his original name, “Yousuf,” transformed into “Joseph” when his parents registered him for high school. As a new elementary student, Azam did not want to be categorized as an outsider based on his name, and, without his parents’ knowledge, he asked his teachers to call him “Joseph.” At the same time, he did not want to reject his Afghani heritage. In a way, he lived two identities, one as an American schoolboy, and another as a son born in Afghanistan. The “immigrant self-gaze” that pervaded his life kept him from feeling fully American or fully Afghani.

When he became a citizen as a teenager, Azam had a decision to make. Should his name be Joseph or Yousuf? After all, a name is more than just a word; a name represents who someone is. Sometimes a name is the first impression before two people even meet. People who remember a name remember the person. Ultimately, Azam chose the name “Joseph Mohammad Yousuf Azam.” In doing so, he still honored his grandfather who originally named him and helped Azam and his mother to emigrate to safety, but he still was authentic to the formative years he spent as a child in the U.S. “This was my American name,” he said. American identity looks and sounds different for everyone, as you will see in other accounts in The Displaced when you check it out yourself!