Books unite us. Sharing stories important to us means sharing a part of ourselves. Books reach across boundaries and build connections between readers. Censorship, on the other hand, divides us and creates barriers. This year’s Banned Books Week theme draws attention to the benefits of unrestricted reading and the harms of censorship.

By focusing on efforts across the country to remove or restrict access to books, Banned Books Week draws national attention to the harms of censorship. The ALA Office for Intellectual Freedom (OIF) compiles lists of challenged books as reported in the media and submitted by librarians and teachers across the country. The Top 10 Challenged Books of 2020 are:

1, George by Alex Gino. Challenged, banned, and restricted for LGBTQIA+ content, conflicting with a religious viewpoint, and not reflecting “the values of our community.”

2. Stamped: Racism, Antiracism, and You by Ibram X. Kendi and Jason Reynolds. Banned and challenged because of the author’s public statements and because of claims that the book contains “selective storytelling incidents” and does not encompass racism against all people.

3. All American Boys by Jason Reynolds and Brendan Kiely. Banned and challenged for profanity, drug use, and alcoholism and because it was thought to promote antipolice views, contain divisive topics, and be “too much of a sensitive matter right now.”

4. Speak by Laurie Halse Anderson. Banned, challenged, and restricted because it was thought to contain a political viewpoint, it was claimed to be biased against male students, and it included rape and profanity.

5. The Absolutely True Diary of a Part-Time Indian by Sherman Alexie. Banned and challenged for profanity, sexual references, and allegations of sexual misconduct on the part of the author.

6. Something Happened in Our Town: A Child’s Story about Racial Injustice by Marianne Celano, Marietta Collins, and Ann Hazzard, illustrated by Jennifer Zivoin. Challenged for “divisive language” and because it was thought to promote antipolice views.

7. To Kill a Mockingbird by Harper Lee. Banned and challenged for racial slurs and their negative effect on students, featuring a “white savior” character, and its perception of the Black experience.

8. Of Mice and Men by John Steinbeck. Banned and challenged for racial slurs and racist stereotypes and their negative effect on students.

9. The Bluest Eye by Toni Morrison. Banned and challenged because it was considered sexually explicit and depicts child sexual abuse.

10. The Hate U Give by Angie Thomas. Challenged for profanity, and because it was thought to promote an antipolice message.

Check out this list of Banned Book Week events around the world, and check out a banned book today! 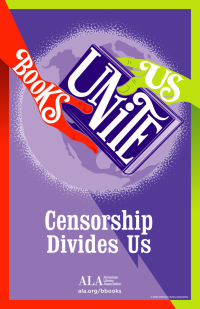 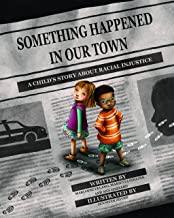 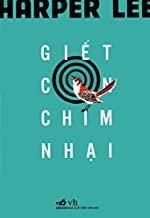 Ryan T. Anderson's When Harry Became Sally was delisted from Amazon. This good-faith critique of transgender philosophical, medical and political claims is very much worth mentioning on lists like these.

Thanks for your comment, Kevin. Amazon may have delisted When Harry Became Sally, but DPL hasn't - we own copies of this title, so get on the holds list now!

Are there any books that are banned from the DPL? Is there a list.