All Denver Public Library locations are open to the public with the exception of Byers, Smiley, Decker, and the Central Library. Learn more.

Winter of Reading - Give Peace a Chance 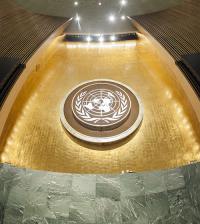 The United Nations General Assembly has declared the year 2021 as ‘The International Year of Peace and Trust.’  One of our Winter of Reading activities is to read or listen to a memoir or biography of someone regarded as a peacekeeper. Recognizing a range of ways to achieve unity and trust, such as diplomacy, sustainable development, peace and security, and human rights, we've developed a list of titles that may help you find just the thing you need to support the U.N.'s declaration, and earn a Winter of Reading badge!

Nelson Mandela spent 10,052 days, from 1969 to 1990, in a variety of prisons. Though much of his correspondence has been lost, 255 of these letters, all part of The Prison Letters of Nelson Mandela, many of which have never been published, provide exceptional insight into how Mandela maintained his inner spirits while living in almost complete isolation, and how he engaged with an outside world that became increasingly outraged by his plight. Whether providing unwavering support to his also-imprisoned wife or outlining a human-rights philosophy that resonates today, the letters  reveal the heroism of a man who refused to compromise his moral values in the face of extraordinary punishment.

Historian Jonathan Alter’s His Very Best: Jimmy Carter, A Life is a compelling portrait of President Jimmy Carter, whose four years in office were full of achievement and missed opportunities because of world events largely out of his administration’s control. Carter’s diplomatic win at the 1978 Camp David Accords is often considered one of the most significant peace treaties, however tenuous, since WWII. Alter provides a multi-dimensional portrait of an American president’s journey as a husband, father, and perhaps his most fulfilling role, as humanitarian. In a year when the previous administration scandal books are glutting the bestseller lists this is a most welcome biography of a busy 96-year-old ex-president who is still out there, with wife Rosalyn, working to build a better world despite the raging political storms.

Cultural historian Rachel Holmes describes Sylvia Pankhurst’s all-consuming activism – which resulted in multiple imprisonments, during which she endured brutal forced feedings – in Sylvia Pankhurst: Natural Born Rebel. Pankhurst is best known for her fight for women's voting rights in Britain. But she protested oppression wherever it appeared.  Pankhurst threw herself into revolutionary politics, becoming a passionate anti-fascist, anti-racist, and anti-colonialist. The portrait that emerges from Natural Born Rebel is of a valiant woman, naturally, but also of an indefatigable worker: almost always concentrated entirely on the subject at hand, always overcoming obstacles, and above all constantly writing.

In his new book Earth Keeper: Reflections on the American Land, N. Scott Momaday relays stories from his childhood, recounts Kiowa folktales, and entreats readers to take a deep interest in protecting and revering the natural world. At once a celebration and a warning, Earth Keeper is an impassioned defense of all that our endangered planet stands to lose. In this moving and lyrical book, which includes original artwork by the author, Momaday offers an homage and a warning. He reminds us that the Earth is a sacred place of wonder and beauty; a source of strength and healing that must be protected before it's too late.

In the documentary The Peacekeepers, director Paul Cowan delivers unprecedented access to the United Nations Department of Peacekeeping, and the determined and often desperate manuvers to avert another Rwandan disaster, this time in the Democratic Republic of Congo (the DRC). The film cuts back and forth between the United Nations headquarters in New York and events on the ground in the DRC. Viewers follow the peacekeepers in the 'Crisis Room' as they balance the risk of loss of life on the ground with the enormous sums of money required from uncertain donor countries, and embed with UN troops as the northeast Congo erupts and the future of the DRC, if not all of central Africa, hangs in the balance. As Secretary General Kofi Annan tells the General Assembly at the conclusion of The Peacekeepers: "History is a harsh judge. The world will not forgive us if we do nothing."

Still looking for a recommendation? Complete another Winter of Reading activity by submitting a Personalized Reading List or Curbside Bundle request! 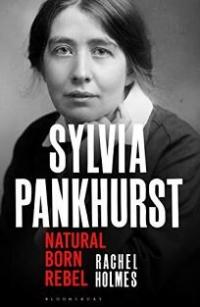