These ghosts are family : a novel
Card, Maisy, author.

"Centers on Abel and Vera Paisley, a working-class Jamaican couple striving to build a better life for their children. Abel travels to London in the early 1960s in search of fortune. Instead, he sees an opportunity to escape the drudgery of his life by faking his death and assuming a new identity. Vera, now a widow, is racked with guilt over her husband's "death" and takes out her grief on her children, Irene and Vincent. The effects of Abel's decision reverberate across generations. Ghosts follows the Paisleys over time and across continents, as they wrestle with the burdens of family lore and struggle to forge independent identities. Despite everything, Abel finds a second chance at love. Vincent follows his dream to move to New York. Irene also moves to New York but realizes you can never fully leave the past behind. Set in the United States and Jamaica, Card's debut incorporates elements of gothic fiction and Jamaican folklore to explore the immigrant experience, as told through the voices of these flawed, memorable characters. In luminous prose that announces the arrival of a new American talent, These Ghosts are Family inspects the weight of long-held secrets, the limits of forgiveness, and the complexities of family ties"-- Provided by publisher. 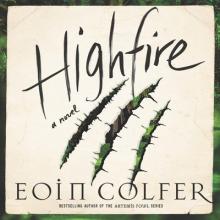 For centuries, he struck fear in hearts far and wide as Wyvern, Lord Highfire of the Highfire Eyrie. Now he goes by Vern. He is the last of his kind, the last dragon, and no amount of vodka or Netflix binging from his Laz-Z-Boy recliner can drown the loneliness in his molten core. Vern's glory days are long gone. Or are they? The swamp can make strange bedfellows, and rather than be fried alive so the dragon can keep his secret, Squib strikes a deal with the scaly apex predator. There's about to be a fiery reckoning, in which either dragons finally go extinct, or Vern's glory days are back.

"A short, irresistible, and bittersweet coming-of-age story in the vein of Stranger Things and Stand by Me about a group of misfit kids who spend an unforgettable summer investigating local ghost stories and urban legends"-- Provided by publisher. 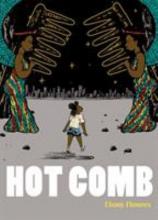 "Hot Comb offers a poignant glimpse into Black women's lives and coming of age stories as seen across a crowded, ammonia-scented hair salon while ladies gossip and bond over the burn. The titular story "Hot Comb" is about a young girl's first perm--a doomed ploy to look cool and to stop seeming "too white" in the all-black neighborhood her family has just moved to. In "Virgin Hair" taunts of "tender-headed" sting as much as the perm itself. It's a scenario that repeats fifteen years later as an adult when, tired of the maintenance, Flowers shaves her head only to be hurled new put-downs. Realizations about race, class, and the imperfections of identity swirl through Flowers' stories and ads, which are by turns sweet, insightful, and heartbreaking."-- Provided by publisher.

"By one of the 20th century's great psychological and social thinkers, a pocket-sized collection on the importance of disobedience and the authentic voice of the individual"-- Provided by publisher.

When Geordi's well-meaning parents accidentally out him, it leads to a declaration of love from his best friend Toff. Geordi doesn't feel the same, but he can't bear to break Toff's heart. Can he continue in a romance he doesn't reciprocate when things get physical?

The seven or eight deaths of Stella Fortuna : a novel
Grames, Juliet, author.

In this stunning debut novel, a young woman tells the story behind two elderly sisters' estrangement, unraveling family secrets stretching back a century and across the Atlantic to early 20th century Italy. For Stella Fortuna, death has always been a part of life. Stella's childhood is full of strange, life-threatening incidents--moments where ordinary situations like cooking eggplant or feeding the pigs inexplicably take lethal turns. Even Stella's own mother is convinced that her daughter is cursed or haunted. In her rugged Italian village, Stella is considered an oddity--beautiful and smart, insolent and cold. Stella uses her peculiar toughness to protect her slower, plainer baby sister Tina from life's harshest realities. But she also provokes the ire of her father Antonio: a man who demands subservience from women and whose greatest gift to his family is his absence. When the Fortunas emigrate to America on the cusp of World War II, Stella and Tina must come of age side-by-side in a hostile new world with strict expectations for each of them. Soon Stella learns that her survival is worthless without the one thing her family will deny her at any cost: her independence. In present-day Connecticut, one family member tells this heartrending story, determined to understand the persisting rift between the now-elderly Stella and Tina. A richly told debut, The Seven or Eight Deaths of Stella Fortuna is a tale of family transgressions as ancient and twisted as the olive branch that could heal them.

"Will Hurley was an attractive, charming, and impressive student at Dublin's elite St. John's College--and Ireland's most prolific serial killer. Having stalked his five young victims, he drowned them in the muddy waters of the Grand Canal. Sentenced to life imprisonment when he was just nineteen, Will is locked away in the city's Central Psychiatric Hospital. Freshman Alison Smith moved to the Big Smoke to enroll in St. John's and soon fell hard for Will Hurley. Her world bloomed ... and then imploded when Liz, her best friend, became the latest victim of the Canal Killer--and the Canal Killer turned out to be the boy who'd been sleeping in her bed. Alison fled to the Netherlands and, in ten years, has never once looked back. When a young woman's body is found in the Grand Canal, Garda detectives visit Will to see if he can assist them in solving what looks like a copycat killing. Instead, Will tells them he has something new to confess--but there's only one person he's prepared to confess it to. The last thing Alison wants is to be pulled back into the past she's worked so hard to leave behind. Reluctantly, she returns to the city she hasn't set foot in for more than a decade to face the man who murdered the woman she was supposed to become. Only to discover that, until now, Will has left out the worst part of all"-- Provided by publisher.

"'The war has turned us into light. Transforming us into light is the fastest way to travel from one front to another, and there are many fronts, now. I always wanted to be a hero. I always wanted to be on the side of light. It's funny how things work out.' Soldiers in the war against Mars, The Light Brigade, live brief lives, but the veterans are starting to be affected by changes in their bodies and minds, slipping in and out of time, or are they simply going mad? From Hugo award-winning author of The Stars Are Legion is a novel about interplanetary warriors who are losing their humanity."-- Provided by publisher. 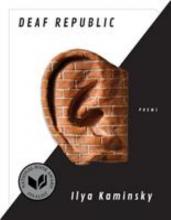 Deaf Republic opens in an occupied country in a time of political unrest. When soldiers breaking up a protest kill a deaf boy, Petya, the gunshot becomes the last thing the citizens hear--they all have gone deaf, and their dissent becomes coordinated by sign language. The story follows the private lives of townspeople encircled by public violence. At once a love story, an elegy, and an urgent plea, these poems confronts our time's vicious atrocities and our collective silence in the face of them.

"Based on the author's exhaustive research, the incredible true story of the Greely Expedition, one of the most harrowing adventures in the annals of polar exploration. In July 1881, Lt. A.W. Greely and his crew of 24 scientists and explorers were bound for the last region unmarked on global maps. Their goal: Farthest North. What would follow was one of the most extraordinary and terrible voyages ever made. Greely and his men confronted every possible challenge-vicious wolves, sub-zero temperatures, and months of total darkness-as they set about exploring one of the most remote, unrelenting environments on the planet. In May 1882, they broke the 300-year-old record, and returned to camp to eagerly await the resupply ship scheduled to return at the end of the year. Only nothing came. 250 miles south, a wall of ice prevented any rescue from reaching them. Provisions thinned and a second winter descended. Back home, Greely's wife worked tirelessly against government resistance to rally a rescue mission. Months passed, and Greely made a drastic choice: he and his men loaded the remaining provisions and tools onto their five small boats, and pushed off into the treacherous waters. After just two weeks, dangerous floes surrounded them. Now new dangers awaited: insanity, threats of mutiny, and cannibalism. As food dwindled and the men weakened, Greely's expedition clung desperately to life. Labyrinth of Ice tells the true story of the heroic lives and deaths of these voyagers hell-bent on fame and fortune-at any cost-and how their journey changed the world"-- Provided by publisher. 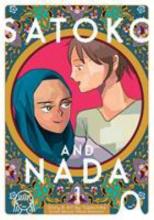 "Satoko, a Japanese student studying in America, has a new roommate: a Saudi Arabian woman named Nada! They might have different customs, but through mutual respect--and the hilarious adventures of their daily life--Satoko and Nada prove that friendship knows no borders."--Page [4] of cover.