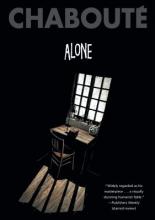 "On a tiny lighthouse island far from the rest of the world, a lonely hermit lives out his existence. Every week a supply boat leaves provisions, its occupants never meeting him, never asking the obvious questions: Who are you? Why do you hide? Why do you never leave? What is it like to be so alone? Years spent on a deserted rock--a lifetime, really--with imagination his sole companion has made the lighthouse keeper something more than alone, something else entirely. For him, what lies beyond the horizon might be...nothing. And so, why not stay put? But one day, as a new boatman starts asking the questions all others have avoided, a chain of events unfolds that will irrevocably upend the hermit's solitary life" -- provided by publisher.

Nestled in the Appalachian mountains, Owsley County is the poorest county in Kentucky and the second poorest in the country. Buildings are crumbling and fields sit vacant, as tobacco farming and coal mining decline. But strong women are finding creative ways to subsist in their hollers in the hills. Chambers grew up amidst these hollers, and through the women who raised her, she traces her own path out of and back into the Kentucky mountains. With her "hill women" values guiding her, Chambers graduated from Harvard Law, but moved back home to help her fellow rural Kentucky women by providing free legal services. Here she breaks down the myth of the "hillbilly" and illuminates a region whose poor communities, especially women, can lead it into the future. -- adapted from jacket

"NYPD detective Sheryn Sterling has had her eye on Alex Traynor ever since his friend Cori fell to her death under suspicious circumstances a year ago. Cori's death was ruled a suicide, but Sheryn thinks Alex--a wartime photojournalist suffering from PTSD--got away with murder. When Alex's fiancée, Emily, a talented and beloved local doctor, suddenly goes missing, Sheryn suspects that Alex is again at the center of a sticky case. Sheryn dislikes loose ends, and Cori's death had way too many of them. But as Sheryn starts pulling at the threads in this web, her whole theory unravels. Everyone involved remembers the night Cori died differently--and the truth about her death could be the key to solving Emily's disappearance." -- Amazon.com. 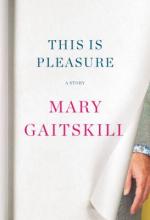 This is pleasure
Gaitskill, Mary, 1954- author.

"In this powerful short fiction, Mary Gaitskill--whose searing honesty about gender relations has been legendary since the appearance of Bad Behavior in the 1980s--considers our moment through the lens of a particular #MeToo incident. The effervescent and well-dressed Quin, a successful book editor and fixture on the New York arts scene, has long been one of Margot's best friends. When several women in his field accuse him of inappropriate touching and remarks, Gaitskill builds the account of his undoing through Quin and Margot's alternating voices, allowing readers to experience Quin as a whole person--one whose behavior toward women could be hurtful and presumptuous on the one hand, and keenly supportive on the other. Margot, an older woman who alternately despairs of and sympathizes with the positions of the younger women involved in Quin's case, is the thrumming engine of this remarkable piece of truthtelling. As Gaitskill has said, fiction is the only way that she could approach this subject, which she sees as subtly colored in shades of gray, rather than the black and white of our current conversations. Her compliment to her characters--and to her readers--is that they are unvarnished and real; her belief in our ability to understand them, even when we don't always admire them, is a beacon of humanity from one of our greatest contemporary writers"-- Provided by publisher.

"The reign of the Galactic Empire has reached the Outer Rim planet of Jelucan, where aristocratic Thane Kyrell and rural villager Ciena Ree bond over their love of flying. Enrolling at the Imperial Academy together to become fighter pilots for the glorious Empire is nothing less than a dream come true for the both of them. But Thane sours on the dream when he sees firsthand the horrific tactics the Empire uses to maintain its ironclad rule. Bitter and disillusioned, Thane joins the fledgling Rebellion--putting Ciena in an unbearable position to choose between her loyalty to the Empire and her love for the man she's known since childhood. Now on opposite sides of the war, will these friends turned foes find a way to be together, or will duty tear them--and the galaxy--apart?" --Publisher description.

"Myriam Gurba's debut is the bold and hilarious tale of her coming of age as a queer, mixed-race Chicana. Blending radical formal fluidity and caustic humor, Mean turns what might be tragic into piercing, revealing comedy. This is a confident, funny, brassy book that takes the cost of sexual assault, racism, misogyny, and homophobia deadly seriously. We act mean to defend ourselves from boredom and from those who would cut off our breasts. We act mean to defend our clubs and institutions. We act mean because we like to laugh. Being mean to boys is fun and a second-wave feminist duty. Being mean to men who deserve it is a holy mission. Sisterhood is powerful, but being mean is more exhilarating. Being mean isn't for everybody. Being mean is best practiced by those who understand it as an art form. These virtuosos live closer to the divine than the rest of humanity. They're queers. Myriam Gurba is a queer spoken-word performer, visual artist, and writer from Santa Maria, California. She's the author of Dahlia Season (2007, Manic D) which was a finalist for the Lambda Literary Award, Wish You Were Me (2011, Future Tense Books), and Painting Their Portraits in Winter (2015, Manic D). She has toured with Sister Spit and her work has been exhibited at the Museum of Latin American Art in Long Beach. She lives in Long Beach, where she teaches social studies to eighth-graders"-- Provided by publisher.

You too?
Gurtler, Janet, editor.

"Master of razor-edged literary humor Binnie Kirshenbaum returns with her first novel in a decade, a devastating, laugh-out-loud funny story of a writer's slide into depression and institutionalization. It's New Year's Eve, the holiday of forced fellowship, mandatory fun, and paper hats. While dining out with her husband and their friends, Kirshenbaum's protagonist--an acerbic, mordantly witty, and clinically depressed writer--fully unravels. Her breakdown lands her in the psych ward of a prestigious New York hospital where she refuses all modes of recommended treatment. Instead, she passes the time chronicling the lives of her fellow "lunatics" and writing a novel about how she got to this place. Her story is a hilarious and harrowing deep dive into the disordered mind of a woman who sees the world all too clearly. Propelled by stand-up comic timing and rife with pinpoint insights, Kirshenbaum examines what it means to be unloved and loved, to succeed and fail, to be at once impervious and raw. Rabbits for Food shows how art can lead us out of--or into--the depths of disconsolate loneliness and piercing grief. A bravura literary performance from one of our most witty and indispensable writers"-- Provided by publisher.

"In an Edenic future, a girl and her father live close to the land in the shadow of a lone mountain. They possess a few remnants of civilization: some books, a pane of glass, a set of flint and steel, a comb. The father teaches the girl how to fish and hunt, the secrets of the seasons and the stars. He is preparing her for an adulthood in harmony with nature, for they are the last two left. But when the girl suddenly finds herself alone in an unknown landscape, it is a bear that will lead her back home through a vast wilderness, which offers the greatest lessons of all, if she can only learn to listen. A cautionary tale of human fragility, of love and loss, The Bear is a stunning tribute to the beauty of nature's dominion"-- Provided by publisher.

Soldier, son, lover, husband, breadwinner, churchgoer, Henry Maxwell has spent his whole life trying to live with honor. A native Pittsburgher and engineer, he's always believed in logic, sacrifice, and hard work. Now, seventy-five and retired, he feels the world has passed him by. It's 1998, the American century is ending, and nothing is simple anymore. His children are distant, their unhappiness a mystery. Only his wife Emily and dog Rufus stand by him. Once so confident, as Henry's strength and memory desert him, he weighs his dreams against his regrets and is left with questions he can't answer: Is he a good man? Has he done right by the people he loves? And with time running out, what, realistically, can he hope for? Like Emily, Alone, Henry, Himself is a wry, warmhearted portrait of an American original who believes he's reached a dead end only to discover life is full of surprises.

"Rooted in foundational loss and the hope that can live in anger, Riot Baby is both a global dystopian narrative and an intimate family story with quietly devastating things to say about love, fury, and the black American experience. Ella and Kev are brother and sister, both gifted with extraordinary power. Their childhoods are defined and destroyed by structural racism and brutality. Their futures might alter the world. When Kev is incarcerated for the crime of being a young black man in America, Ella - through visits both mundane and supernatural - tries to show him the way to a revolution that could burn it all down"-- Provided by publisher.

"While working as an intern in the archives at the Harry Ransom Center, Jenn Shapland encounters the love letters of Carson McCullers and a woman named Annemarie-letters that are tender, intimate, and unabashed in their feelings. Shapland recognizes herself in the letters' language-but does not see McCullers as history has portrayed her. And so, Shapland is compelled to undertake a recovery of the full narrative and language of McCullers's life: she wades through the therapy transcripts; she stays at McCullers's childhood home, where she lounges in her bathtub and eats delivery pizza; she relives McCullers's days at her beloved Yaddo. As Shapland reckons with the expanding and collapsing distance between her and McCullers, she sees the way McCullers's story has become a way to articulate something about herself. The results reveal something entirely new not only about this one remarkable, walleyed life, but about the way we tell queer love stories. In genre-defying vignettes, Jenn Shapland interweaves her own story with Carson McCullers's to create a vital new portrait of one of America's most beloved writers, and shows us how the writers we love and the stories we tell about ourselves make us who we are"-- Provided by publisher.

My name is Lucy Barton : a novel
Strout, Elizabeth.

Sadie's been raising her sister Mattie in an isolated Colorado town, trying her best to provide a normal life and keep their heads above water. When Mattie is found dead, and the police investigation is botched, Sadie is determined to bring her sister's killer to justice. She hits the road following a few meager clues. When West McCray, a radio personality working on a segment about small, forgotten towns in America, hears Sadie's story, he becomes obsessed with finding the missing girl. He starts his own podcast as he tracks Sadie's journey, trying to figure out what happened, hoping to find her before it's too late.-- Adapted from jacket.