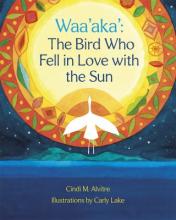 Waa'aka': The Bird Who Fell in Love with the Sun
Alvitre, Cindi

A Tongva creation story of Catalina Island and how the black-crowned night heron came to be.

There is an arsonist setting fires in town. Journalist Claire Abbott thinks she knows who the firebug is. Or does she? Realizing she cannot rely solely on her sixth sense to solve this crime, Claire sets out to catch the arsonist in the act before he ends up killing someone.

Explores the life of one lighthouse as it beams its message out to sea through shifting seasons, changeable weather, and the tenure of its final keeper. 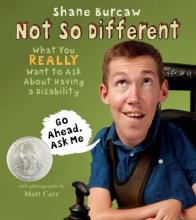 Not So Different: What You Really Want to Ask About Having a Disability
Burcaw, Shane

A picture book answering the questions asked to Shane Burcaw about his wheelchair and life with Spinal Muscular Atrophy with equal parts optimism, humor, and empathy.

The Goddaughter Does Vegas
Campbell, Melodie

Gina Gallo is a mob goddaughter who doesn't want to be one. She's left her loopy family behind to elope with Pete to Vegas. Except that eloping may be a mortal sin in an Italian family. Between that and some weird deliveries and suitors, Gina's nerves are frayed. Vegas is full of great acts, but one impersonation is real: Gina has a crime-committing double whose activities are making Gina front-page news. Gina has to track down this fiendish fraud before the police catch up with her. And, of course, cousin Nico is along for the ride. Another madcap adventure for the loveable Gallo cousins that proves the rule "Why should things go right when they can go wrong?" 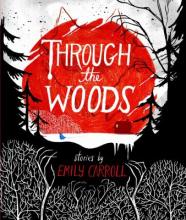 Through the Woods: Stories
Carroll, Emily 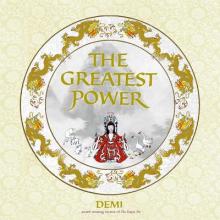 Long ago, a Chinese emperor challenges the children of his kingdom to show him the greatest power in the world, and all are surprised at what is discovered. 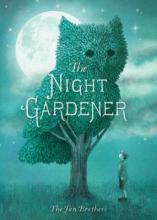 Everyone on Grimloch Lane enjoys the trees and shrubs clipped into animal masterpieces after dark by the Night Gardener, but William, a lonely boy, spots the artist, follows him, and helps with his special work. 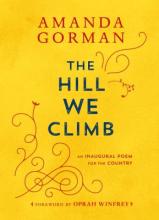 The Hill We Climb: An Inaugural Poem for the Country
Gorman, Amanda

On January 20, 2021, Amanda Gorman became the sixth and youngest poet, at age twenty-two, to deliver a poetry reading at a presidential inauguration. Her inaugural poem, "The Hill We Climb," is now available to cherish in this special edition.

Jessica Vasquez had worked hard to get where she was. Though some in her family had despaired of her future, she put herself through cosmetology school and landed her dream job: overseeing the beauty department for a chain of drugstores. But her fortune abruptly changes. A manager's daughter, on a mission of her own, puts stolen makeup and perfume in Jessica's bag. The girl lies to her dad about what happened, and Jessica is fired. It seems that Jessica's life is over.

The Sun Does Shine: An Innocent Man, A Wrongful Conviction, and the Long Path to Justice (Young Reader's Edition)
Hinton, Anthony Ray

A powerful, revealing story of hope, love, justice, and the power of reading by a man who spent thirty years on death row for a crime he didn't commit.

Milk and Honey is a collection of poetry and prose about survival. About the experience of violence, abuse, love, loss, and femininity. It is split into four chapters, and each chapter serves a different purpose. Deals with a different pain. Heals a different heartache. 'milk and honey' takes readers through a journey of the most bitter moments in life and finds sweetness in them because there is sweetness everywhere if you are just willing to look. 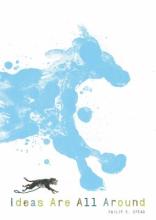 Ideas Are All Around
Stead, Philip Christian

In search of writing ideas, an author takes a walk with his dog around the neighborhood.

The Hate U Give
Thomas, Angie

After witnessing her friend's death at the hands of a police officer, Starr Carter's life is complicated when the police and a local drug lord try to intimidate her in an effort to learn what happened the night Kahlil died.

Commissioned to carve a spirit mask for a mysterious stranger, Lucas Smoke finds his life controlled by disturbing nightmares of his client, an ancient sorcerer named Him Standing, who endeavors to emerge from the dream world.

Alternates three interrelated stories about the problems of young Chinese Americans trying to participate in the popular culture. Presented in comic book format.

The Sun Is Also a Star
Yoon, Nicola

Natasha is a girl who believes in science and facts. Daniel has always been a good son and good student. But when he sees Natasha he forgets all that and believes there is something extraordinary in store for both of them.

I Am Malala: How One Girl Stood Up for Education and Changed the World (Young Readers Edition)
Yousafzai, Malala

I Am Malala. This is my story. Malala Yousafzai was only ten years old when the Taliban took control of her region. They said music was a crime. They said women weren't allowed to go to the market. They said girls couldn't go to school. Raised in a once-peaceful area of Pakistan transformed by terrorism, Malala was taught to stand up for what she believes. So she fought for her right to be educated. And on October 9, 2012, she nearly lost her life for the cause: She was shot point-blank while riding the bus on her way home from school. No one expected her to survive. Now Malala is an international symbol of peaceful protest and the youngest ever Nobel Peace Prize nominee. In this Young Readers Edition of her bestselling memoir, which includes exclusive photos and material, we hear firsthand the remarkable story of a girl who knew from a young age that she wanted to change the world -- and did. Malala's powerful story will open your eyes to another world and will make you believe in hope, truth, miracles and the possibility that one person -- one young person -- can inspire change in her community and beyond.